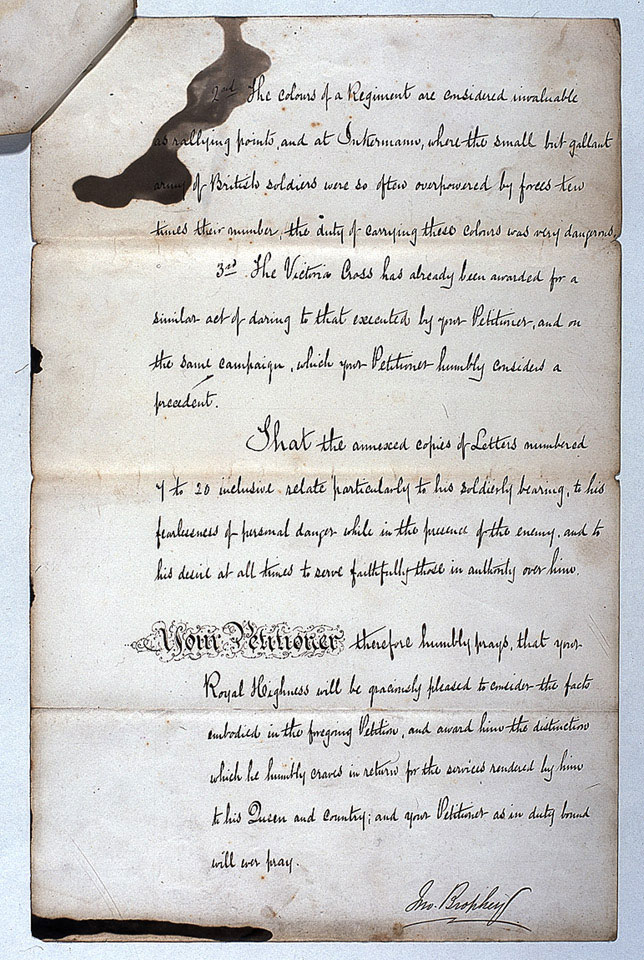 Petition to the Duke of Cambridge, requesting the award of a VC for gallant action in the Crimean War, July 1866

As intended, the Victoria Cross (VC) became much sought after following its inception in 1856. In 1866 Lieutenant John Brophey, 3rd Royal Lancashire Militia, who had received the Distinguished Conduct Medal for his actions as a colour-sergeant with the 63rd (The West Suffolk) Regiment of Foot at the Battle of Inkerman, twelve years before, unsuccessfully petitioned the Commander-in-Chief, the Duke of Cambridge, for the retrospective award of the Victoria Cross.