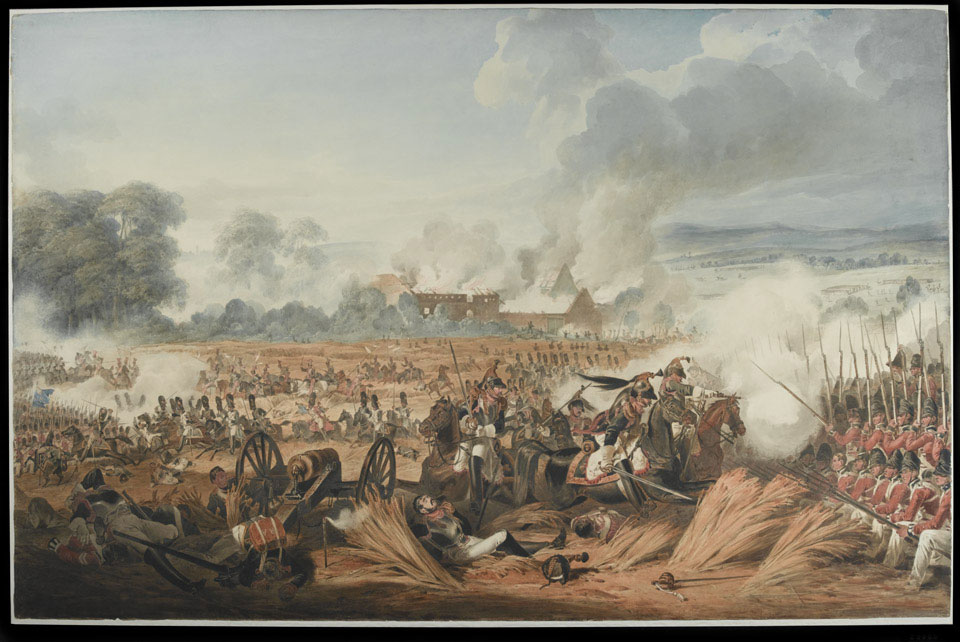 Attack on the British Squares by French Cavalry, Battle of Waterloo, 1815

Marshal Ney, having committed most of his infantry reserves earlier in the fight, launched his 9,000 cavalrymen against the British centre in a desperate bid to win the battle. The British battalions formed into squares to meet the French charge. Had Ney attacked with better artillery support he may have broken the British squares, but they held firm against numerous cavalry assaults. Ney, dubbed the 'Bravest of the Brave' by Napoleon, led many of these attacks himself.

Ney's men, lacking bags of nails, also failed to spike the British guns they captured after their crews had retreated to the shelter of the squares. The British were able to recapture the guns when the French cavalry withdrew. They later used them to devastating effect on the massed French infantry columns as they advanced on the British line.

In 1811 Dighton obtained an ensigncy in the 90th Foot as a favour from the Prince Regent, but he resigned in March 1812. He made drawings at Waterloo in 1815. That year he was appointed Military Painter to the Prince.