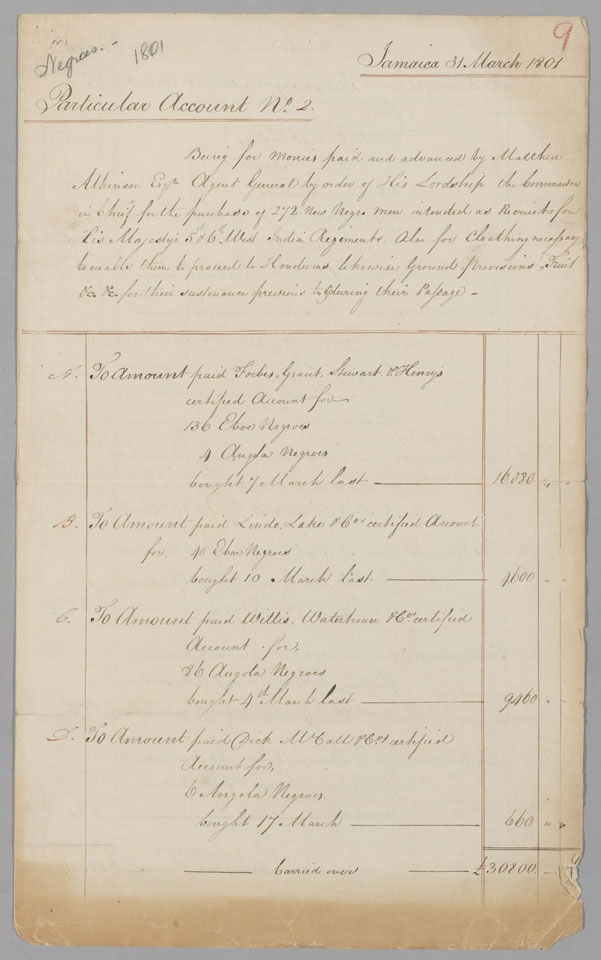 Account detailing the cost of buying and clothing 272 African slaves in Jamaica for service in the 5th and 6th West India Regiments, March 1801

The West India Regiments were used to protect the plantation-slave economies of Britain's Caribbean possessions. They also took part in the wars against Revolutionary and Napoleonic France. The harsh environment of the Caribbean took a heavy toll on European units so the War Office raised regiments of black soldiers who were thought to be more tolerant of the climate. Although freed slaves from North America were initially recruited, prior to the abolition of the slave trade in 1807 most soldiers were purchased from plantations and the slave ships arriving from West Africa. The final cost of buying and equipping the slaves listed on this account was over £32,600, worth more than £1 million in today's money.

From a collection of papers relating to the Earl of Balcarres' period as Commander-in-Chief Jamaica, 1794-1801.