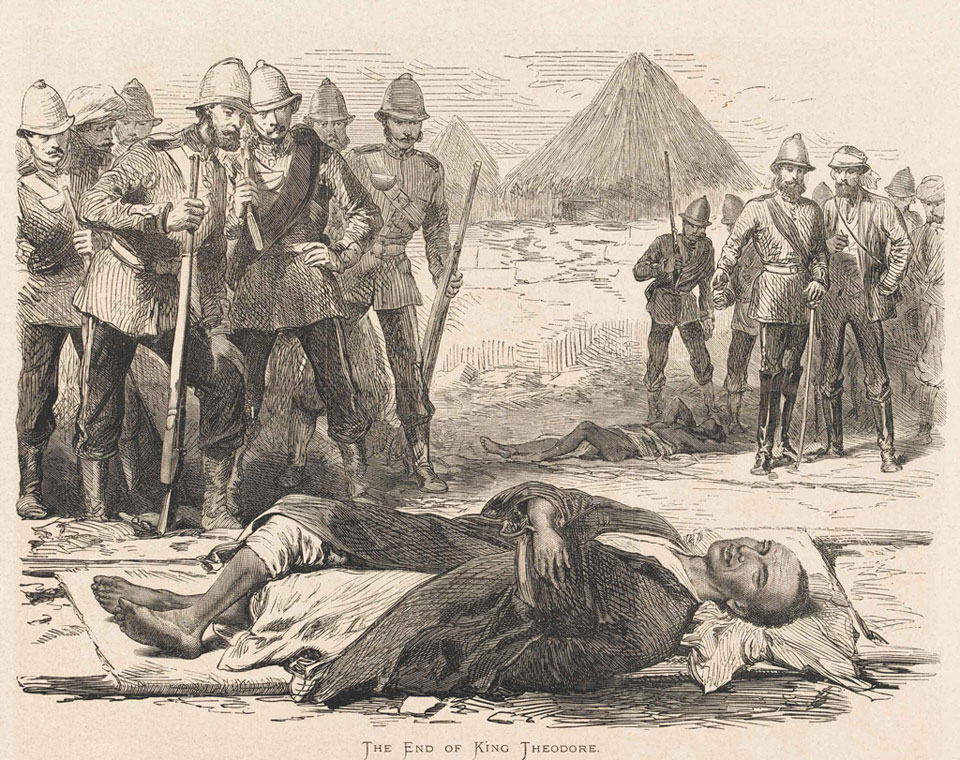 'The End of King Theodore.'

After his diplomatic overtures to the British for help against his Moslem enemies had been ignored (including a letter to Queen Victoria), Emperor Tewodros II (or King Theodore) of Abyssinia imprisoned the British Consul, Captain Charles Cameron, along with several missionaries and civilians.

Lieutenant-General Sir Robert (later Field Marshal Lord) Napier's expeditionary force was subsequently despatched and advanced over 400 miles (640 km) of difficult country to the capital, Magdala, near to which the decisive actions of the campaign were fought in April 1868. On 9 April, the British repelled a massive attack by the ill-equipped Abyssinians, then routed the defending forces in just two hours the following day. British casualties were two killed and 18 wounded, while the Ethiopians lost 700 killed and 1,400 wounded. The emperor released his hostages, but opted to commit suicide rather than be captured.