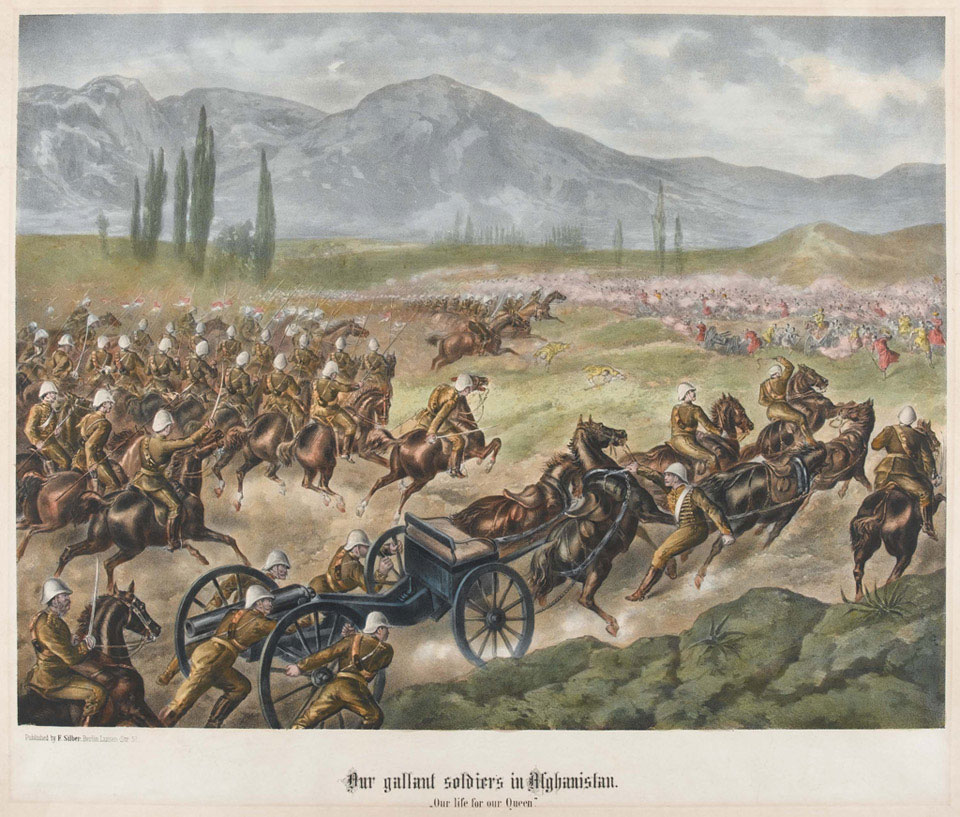 'Our gallant soldiers in Afghanistan "Our life for our Queen"', the 9th (Queen's Royal) Lancers and Royal Horse Artillery, 1879

Following the deaths of the British resident and his guard at Kabul in September 1879, the 9th (Queen's Royal) Lancers joined Major-General Sir Frederick Roberts' march on the Afghan capital, subsequently taking part in the Battle of Charasiab in October 1879 and the siege of Sherpur Cantonment.

On 11 December a squadron of the regiment, escorting four horse artillery guns, encountered a huge Afghan force near Killa Kazi. Roberts, deeming it to be of the utmost importance to delay the enemy's advance on Kabul, gave the order for 126 men of the 9th Lancers and 44 of the 14th Bengal Lancers to charge around 10,000 Afghans. Losses were heavy and the 9th Lancers suffered 18 officers and men killed, and ten more wounded, as well as 46 horses. Despite their severe mauling, the 9th Lancers remained in Kabul until August 1880, when it joined Roberts' epic 300-mile relief march to Kandahar.