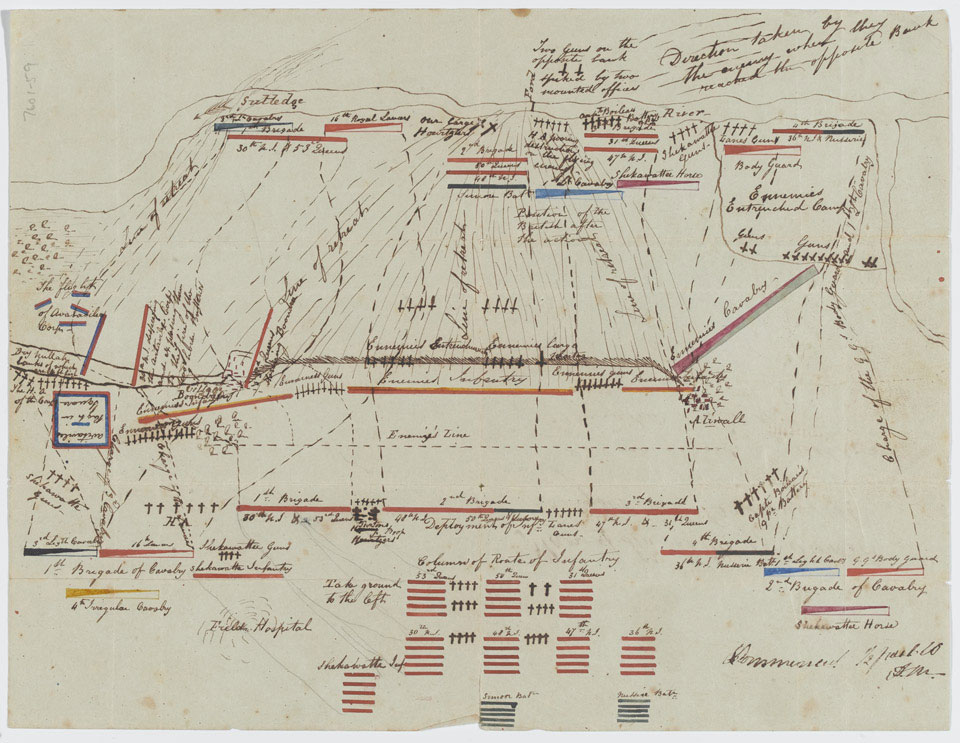 A 'textbook' battle, Aliwal was fought against a Sikh army trained, run and equipped like a European force. It was among the most formidable opponents the British faced on the sub-continent. The Sikhs had invaded British-held land following friction over territory in the Punjab, dispatching a force to attack the fort at Ludhiana and threaten British supply lines. Sir Harry Smith was sent to intercept them at Aliwal.

Smith was praised for his exemplary leadership and use of artillery, cavalry and infantry in the battle that followed. It began with an artillery duel in which the British softened the Sikh defences. This was followed up with infantry and cavalry attacks, leading to ferocious hand-to-hand fighting to secure victory. The 16th Lancers repeatedly charged Sikh artillery, cavalry and infantry positions, covering themselves in glory but taking significant losses. Veterans of Waterloo who fought at Aliwal described the fighting as being as tough as in 1815.