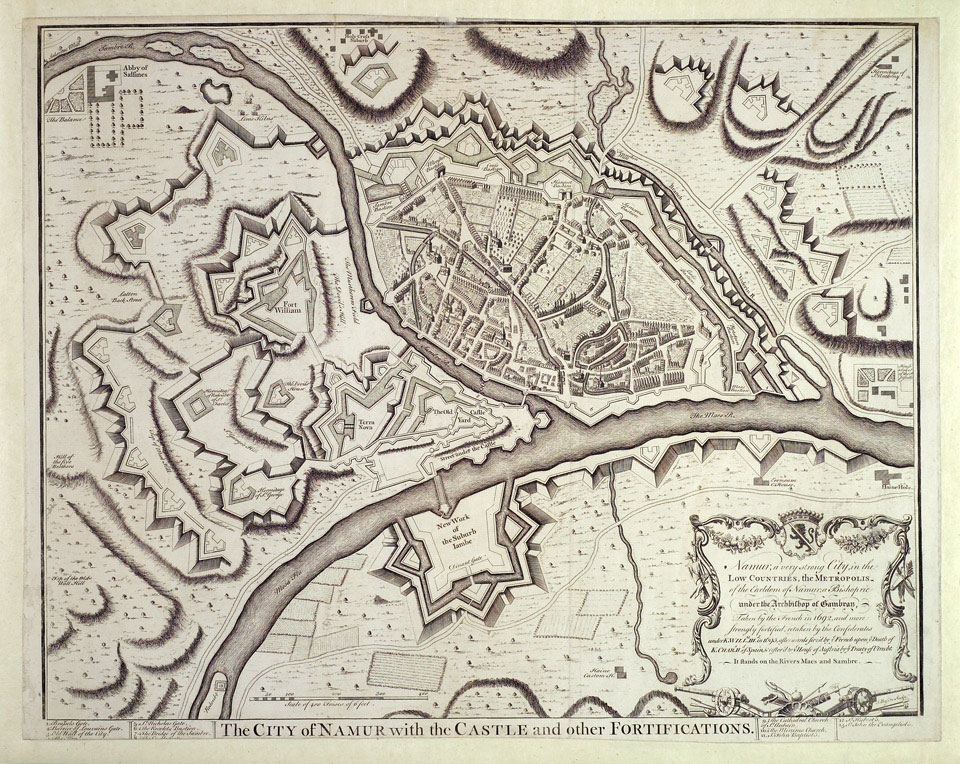 'The City of Namur with the Castle and other Fortifications.Engraved plan of Namur'

Namur was captured during the Nine Years War (1689-1697) by King William III's alllied army after a two-month siege in 1695. Its defences, improved by by Louis XIV's great engineer Vauban after the French had captured the town in 1692, were considered almost impregnable. But the Royal Regiment of Ireland led the storming of the citadel, which resulted in its surrender on 1 September.