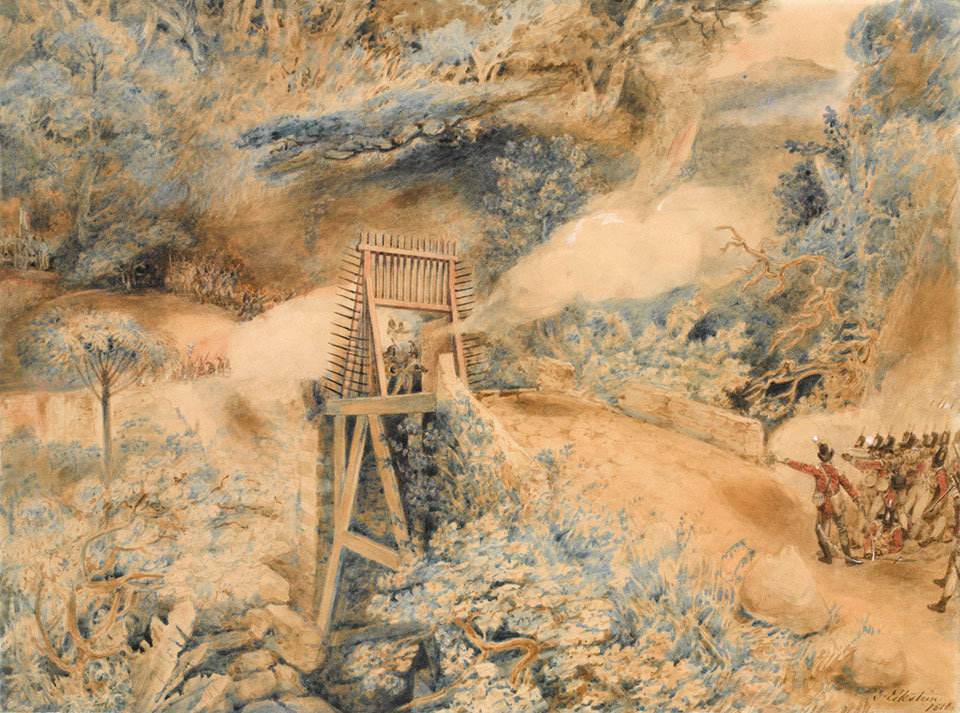 The 3rd West India Regiment fire on French troops at a bridge head, on the Ile de Cabret or Terre d'en Haut, April 1809

The 3rd West India Regiment was raised in 1798 from freed slaves in North America and slaves purchased in the British West Indies. After the slave trade ended in 1807, the British also recruited in West Africa and from among Africans freed when the Royal Navy intercepted foreign slave ships en route to the Americas.