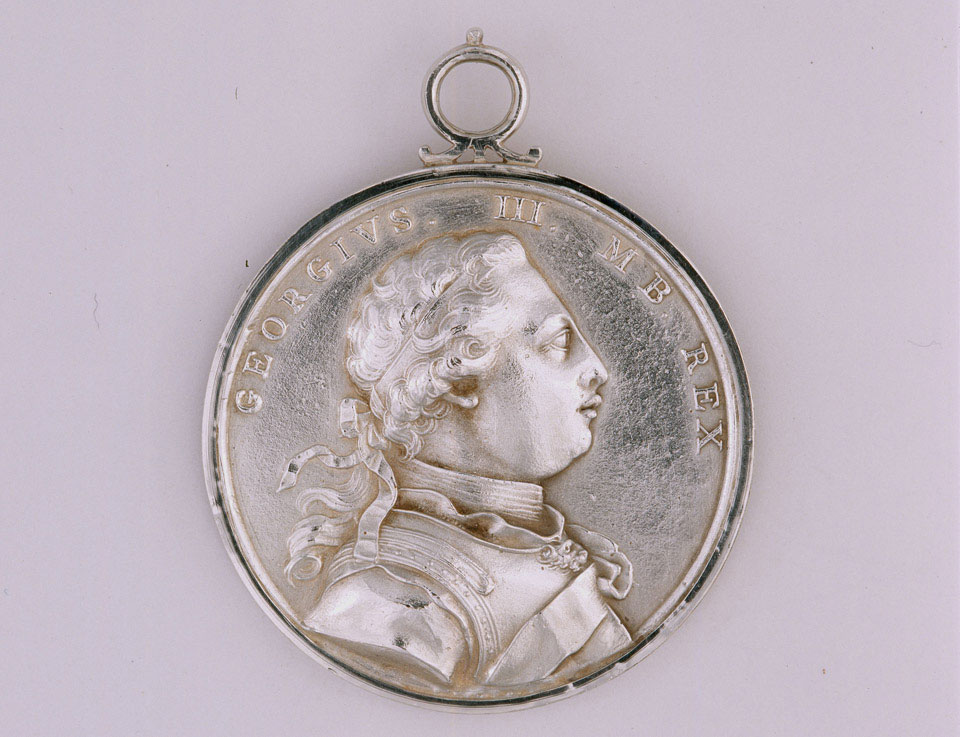 This silver medal is believed to have been issued to British and West Indian forces who took part in the suppression of the Carib rising of 1772-1773. The Caribs were descended from the original Carib population of the eastern Caribbean who had intermarried with runaway African slaves. After the allocation of St Vincent to Britain in the Peace of Paris in 1763, the white planters who settled there attempted to seize Carib lands, but the latter fought a successful campaign of resistance and forced the British to sign a treaty recognising their rights.