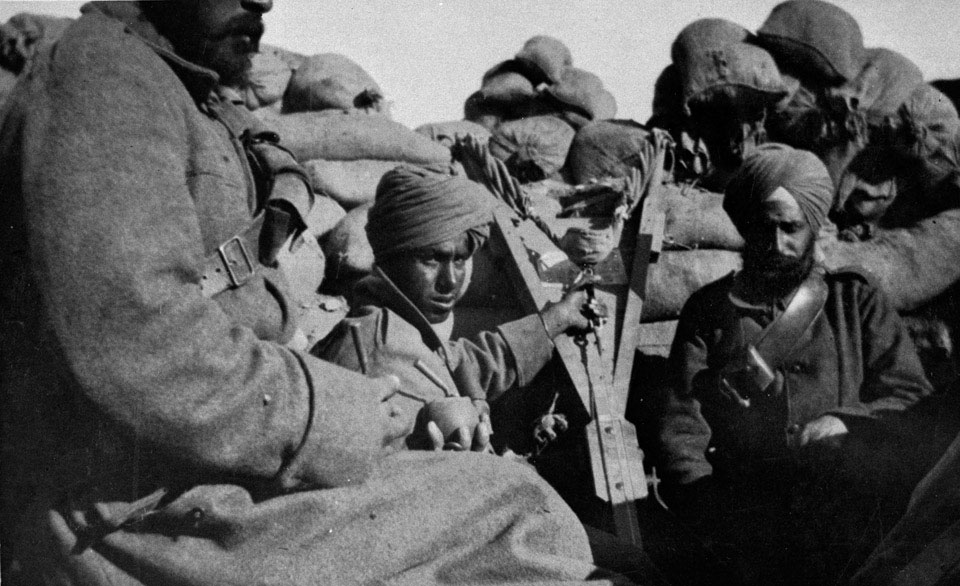 Troops of 29th Indian Infantry Brigade in the trenches, Gallipoli, 1915

Photograph by Lieutenant R A Savory, World War One, Gallipoli (1915).

A bomb thrower, one of the earliest devices for projecting explosive charges short distances, can be seen in the centre of this photograph. It was in effect a miniature medieval-style siege engine which used coiled springs, rubber or torsioned wire as a catapult to hurl grenades. 29th Indian Infantry Brigade was one of the three brigades of the 10th Indian Division, which was formed in Egypt during November 1914. In April 1915 the brigade was detached from the division and sent as reinforcements to Gallipoli.