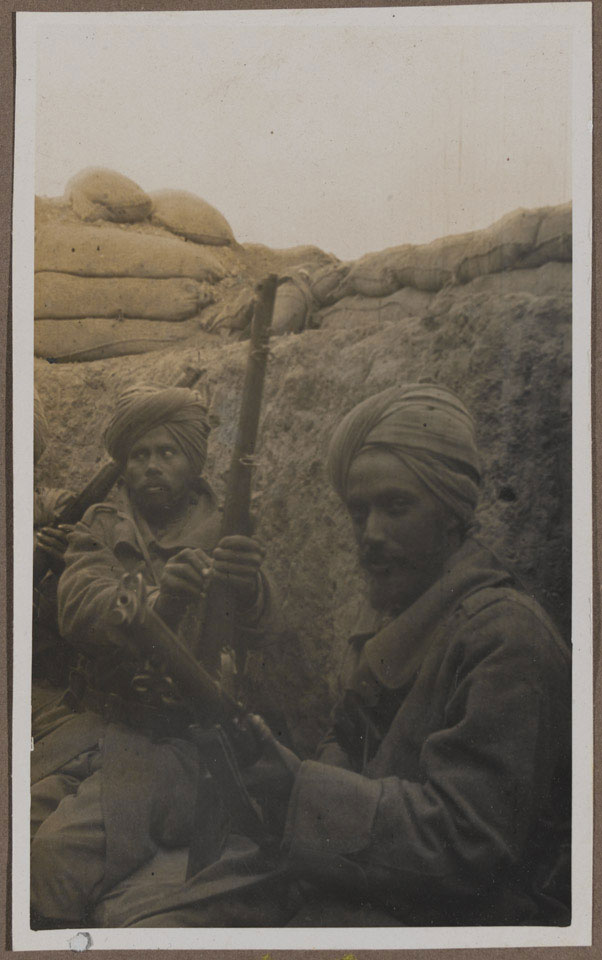 Indian soldiers in a trench, Gallipoli, 1915

Sikh soldiers of 29th Indian Infantry Brigade rest in a trench, probably in the Cape Helles area. They are armed with Short Magazine Lee Enfield Rifles (SMLE). Their brigade landed at Gallipoli on 1 May 1915 and went into the line under the command of Major-General H. V. Cox.