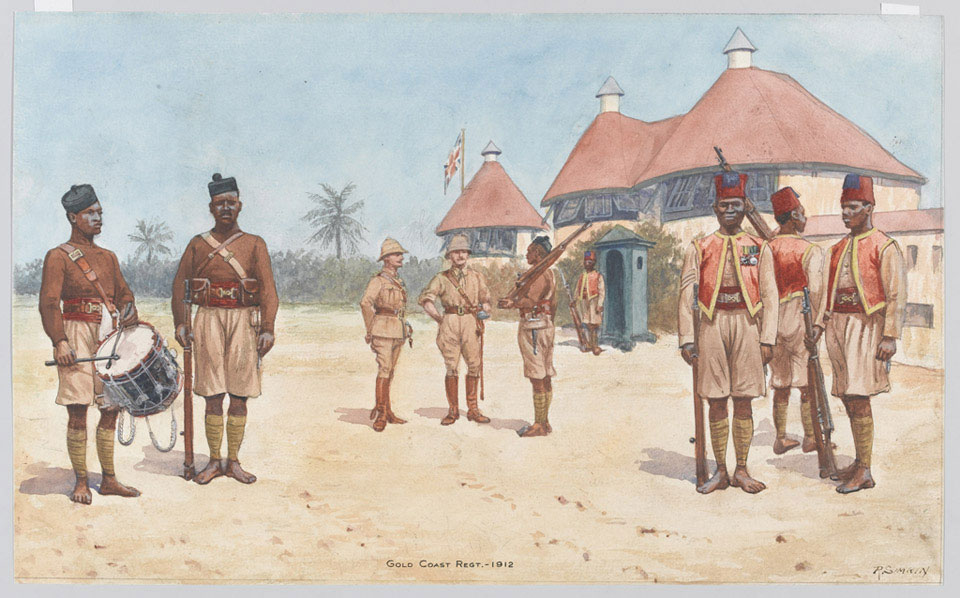 Soldiers of the Gold Coast Regiment outside the regimental HQ at Kumasi, 1912

A drummer, two privates and two officers in field service order stand on the parade ground near a sergeant and three privates in full dress uniform. The Gold Coast Regiment was formed in 1901 from the Gold Coast Constabulary, following the foundation of the West African Frontier Force, under the direction of the Colonial Office. The regiment raised a total of five battalions for service during the First World War, all of which served in the East Africa campaign.