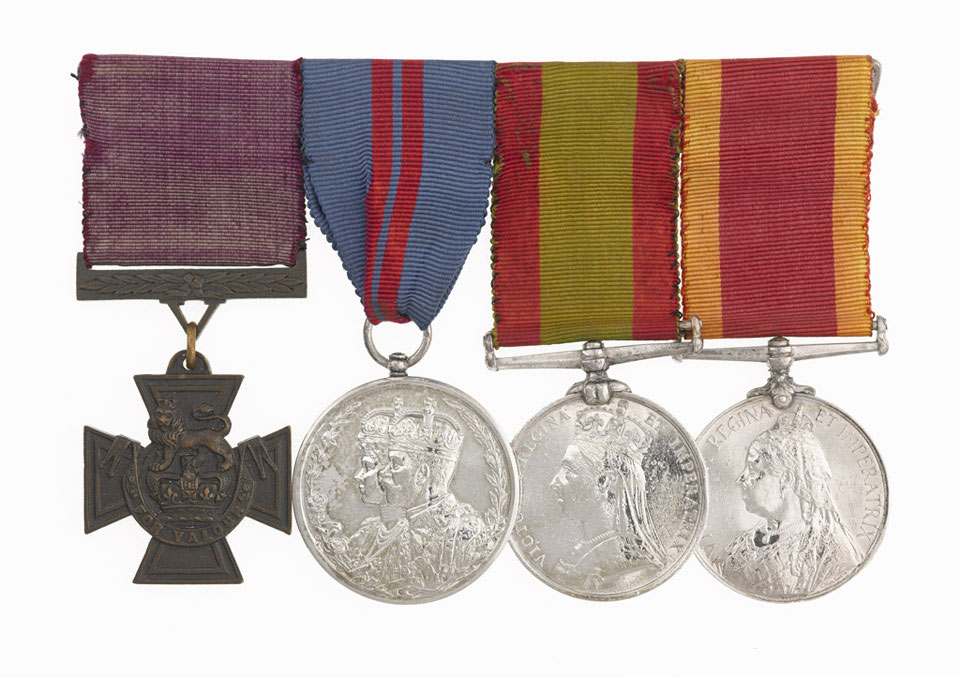 'On the 21st April Captain Creagh was detached from Dakka with two Companies of his Battalion to protect the village of Kam Dakka on the Cabul River, against a threatened incursion of the Mohmunds, and reached that place the same night. On the following morning the detachment, 150 men, was attacked by the Mohmunds in overwhelming numbers, about 1,500 ; and the inhabitants of Kam Dakka having themselves taken part with the enemy, Captain Creagh found himself under the necessity of retiring from the village. He took up a position in a cemetery not far off, which he made as defensible as circumstances would admit of, and this position he held against all the efforts of the enemy, repeatedly repulsing them with the bayonet until three o'clock in the afternoon, when he was relieved by a detachment sent for the purpose from Dakka.

The enemy were then finally repulsed, and being charged by a troop of the 10th Bengal Lancers, under the command of Captain D M Strong, were routed and broken, and great numbers of them driven into the river. The Commander-in-Chief in India has expressed his opinion that but for the coolness, determination, and gallantry of the highest order, and the admirable conduct which Captain Creagh displayed on this occasion the detachment under his command would, in all probability, have been cut off and destroyed.'

Creagh went on to a highly distinguished career in India, eventually succeeding Lord Kitchener as Commander-in-Chief, India in 1909, before retiring in 1914. The medals displayed here also include the Delhi Durbar Medal 1911, the 2nd Afghan War Medal 1878-80 and the 3rd China War Medal 1900.