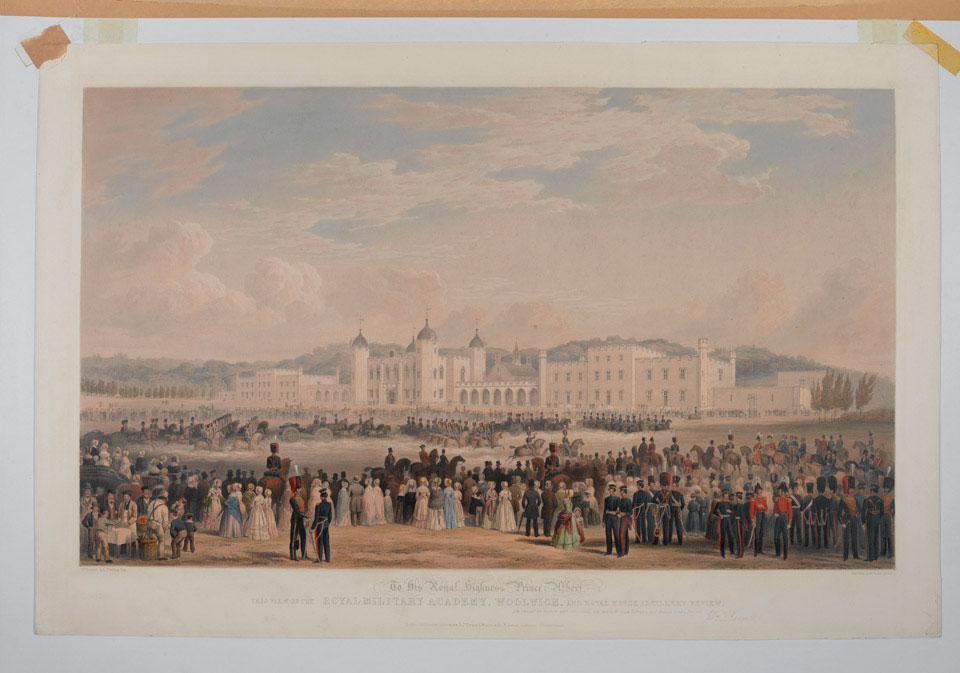 The Royal Military Academy (RMA) Woolwich was established in 1741 by Royal Warrant. It focused on the rapidly advancing technical skills that artillery officers required, teaching maths and science as well as gunnery and fortification. The Academy was later expanded to include officer training for the Royal Engineers and Royal Signals.

Originally established within the walls of the Woolwich Arsenal a purpose-built facility designed by James Wyatt (1746-1813), Architect of the Ordnance, was completed on the edge of Woolwich Common in 1805.

The Tudor-Gothic style complex included a central teaching block with a library and classrooms, flanked by two accommodation blocks. The Academy in Woolwich closed in 1939 but the site remained in use by the military until 2003.