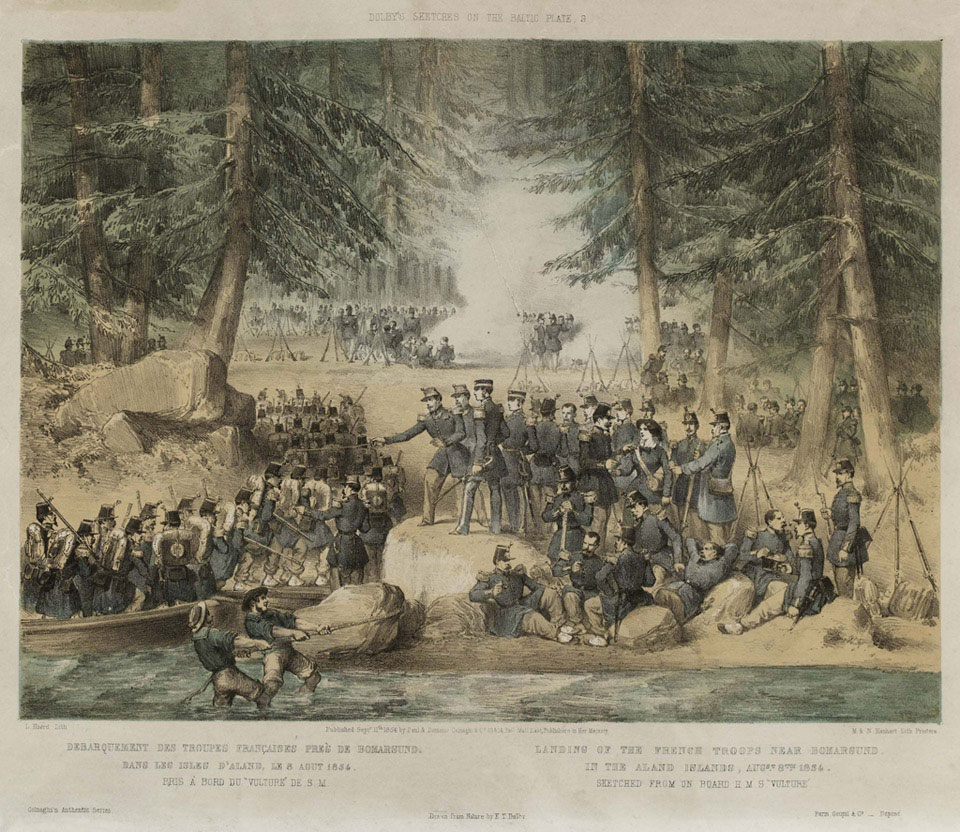 'Landing of the French troops near Bomarsund in the Aland Islands, August 8th 1854. Sketched from on board HMS Vulture'

A British fleet had sailed for the Baltic upon the outbreak of the Crimean War (1854-1856) but finding the fortress of Kronstadt, which protected the Russian capital of St Petersburg, too strong, had accomplished little apart from some coastal raiding. On 28 June 1854 the British Cabinet agreed to attack the Russian fortress of Bomarsund on the Aland Islands. French troops were disembarked and on 13 August a bombardment was commenced from the landward side. Three days later the Russians surrendered. After destroying Bomarsund's fortifications the Allies sailed away.