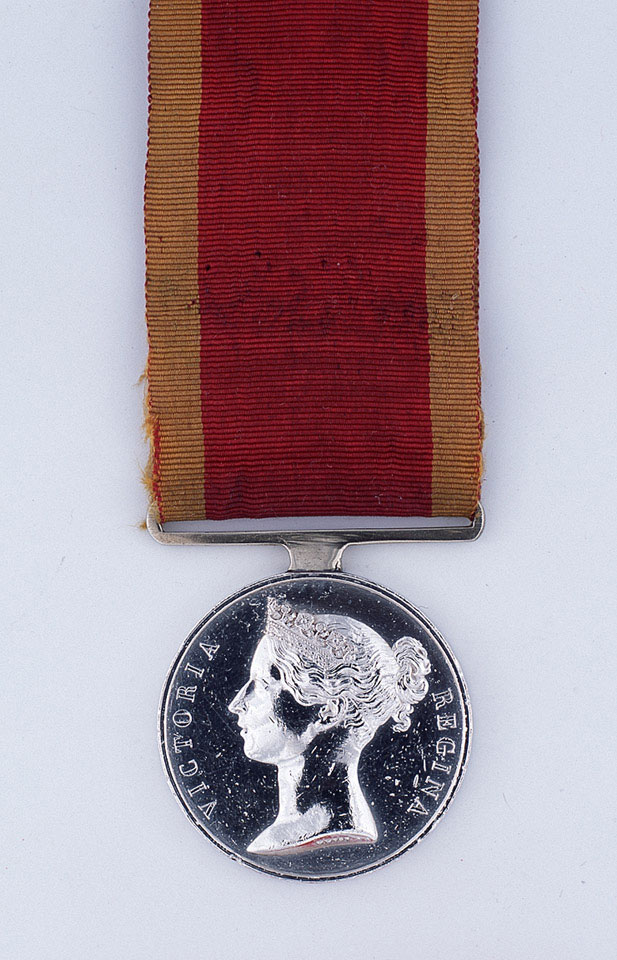 Silver, circular medal, designed by William Wyon, with, on the obverse, the head of Queen Victoria wearing a diadem, with the inscription, 'Victoria Regina'. On the reverse, a shield bearing the royal coat of arms in front of a trophy of arms, including a cannon, with a palm tree behind; an inscription above, reads, 'Armis Exposcere Pacim' (They demanded peace by force of arms), with the campaign title, 'China 1842', in the exergue below. The medal ribbon is crimson with wide yellow edges.