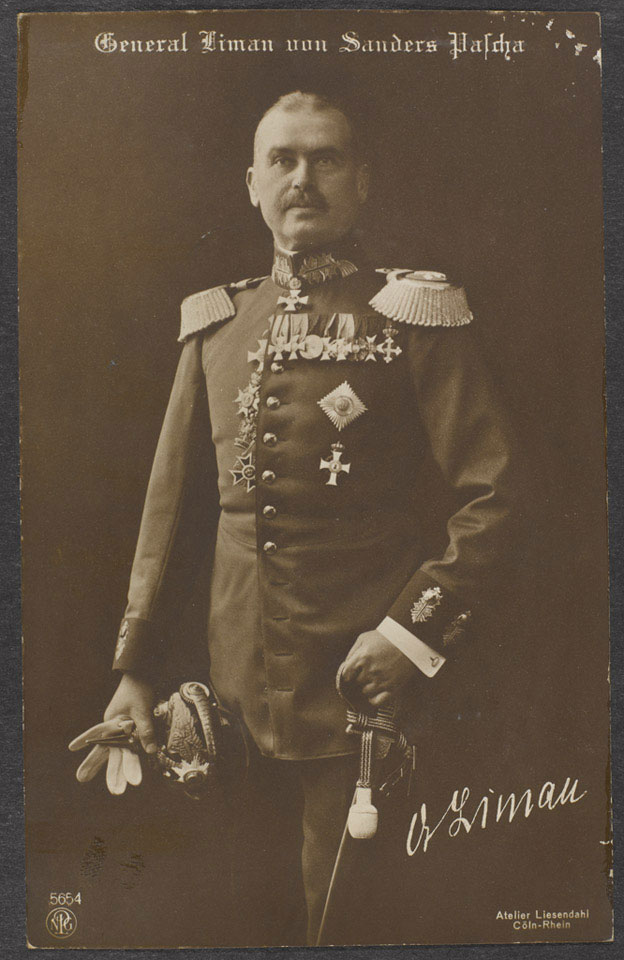 Liman von Sanders (1855-1929) was a German military advisor to the Ottoman Empire and was responsible for modernising its Army. He organised the Ottoman defences at Gallipoli (1915) and later commanded the joint German-Ottoman forces in Mesopotamia. Von Sanders was later called upon to re-organise the defences of Palestine (1918). For his services the Ottomans granted him the title of 'Pasha'.

From an album of 169 postcards and photographs printed in Germany compiled by Lieutanant Harman Shanley whilst he was a prisoner of war from 10 October to 11 November 1918.