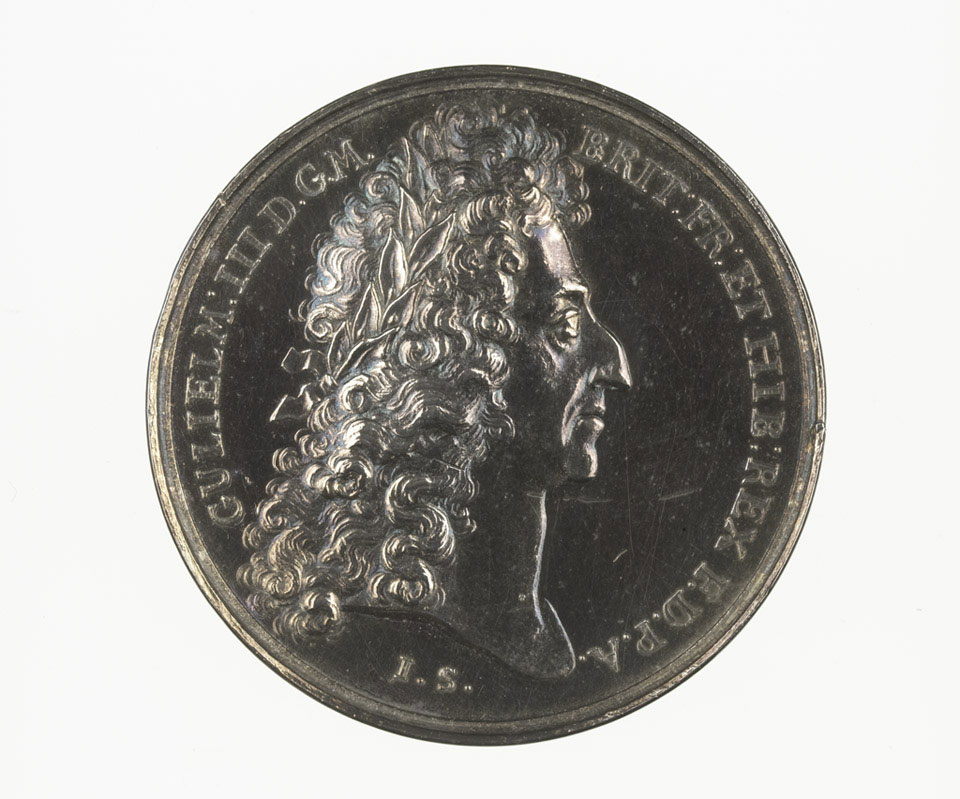 Medal commemorating the Battle of Aughrim, 1691

This silver medal depicts the English lion trampling on an Irish wolfhound and clawing at a French cockerel. The Irish and French suffered a serious defeat at the hands of King William III's army at Aughrim, Ireland, in July 1691. The battle was one of the bloodiest fought on Irish soil - over 7,000 men were killed. It marked the end of the Irish Catholic Jacobite resistance to William. The Latin inscription on the medal translates as: 'Thus with one claw he strikes two. The rebels and the French defeated near Aughrim'.

The lion had been a symbol of English royalty since the twelfth century, while the wolfhound was an ancient icon of the Kings of Ireland. The cockerel has long been a symbol of France thanks to its qualities of vigilance, courage and fighting spirit. Originally a royal symbol, the bird became a popular emblem during the French Revolution, but fell out of favour during Napoleon's reign. He was not convinced that a farmyard animal was a suitable regal emblem and replaced it with an eagle.