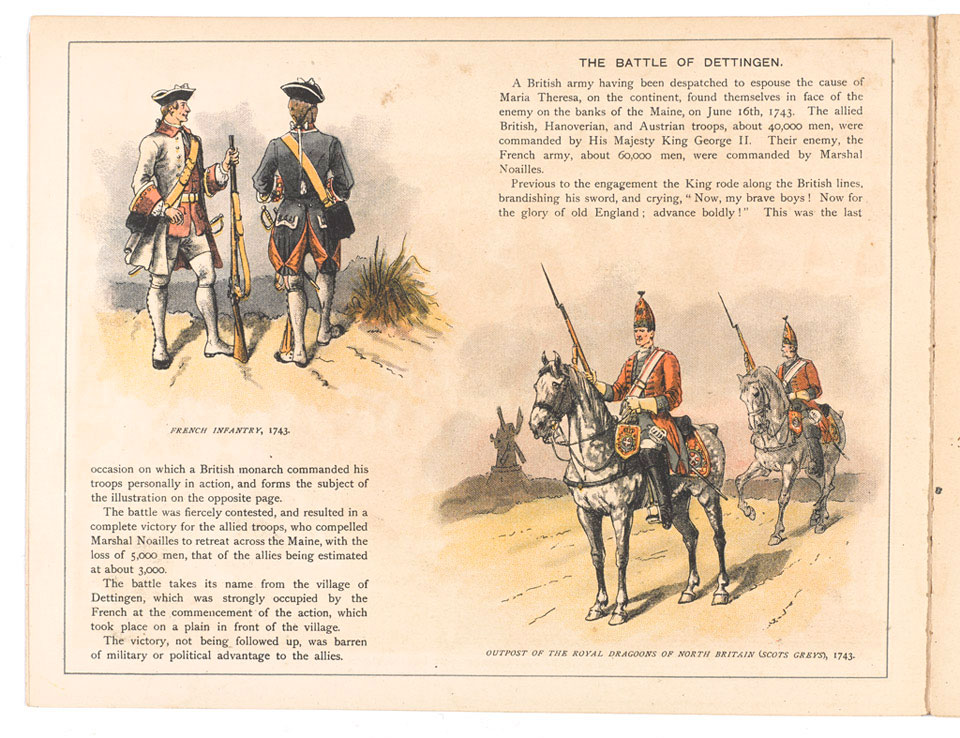 From 'The Boys Book of British Battles'. A book of 18 full page chromolithographs and two vignettes depicting battles between 1704-1882. By Richard Simkin, published by George Routledge and Sons, 1884 (c).

Dettingen is best known as the last battle in which a reigning British monarch personally led his troops. It took place in southern Germany on 27 June 1743, during the War of the Austrian Succession (1740-1748). British forces, in alliance with those of Hanover and Austria, fought and defeated the French.