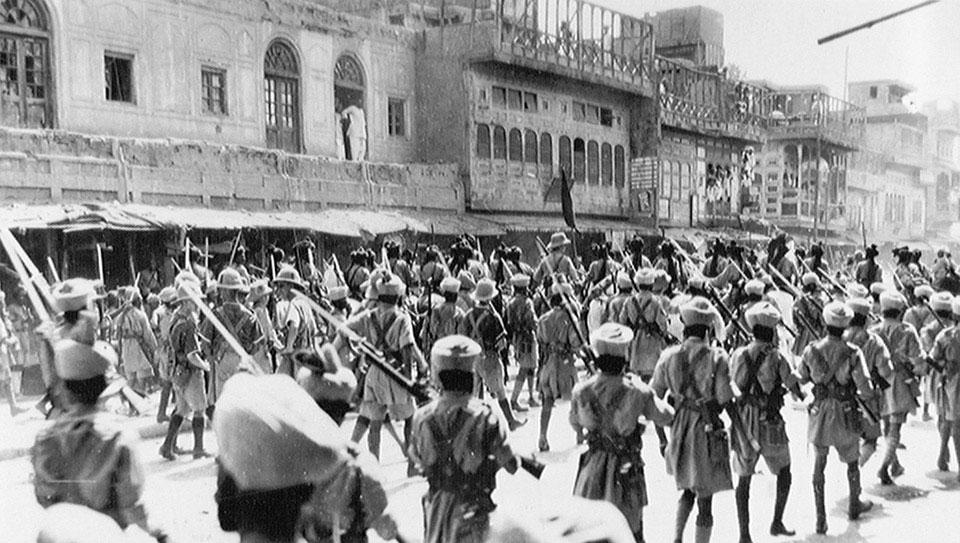 Riots broke out in Peshawar City, North West Frontier Province, on 23 April 1930 when the authorities arrested the leaders of the paramilitary Pathan 'Red Shirts'. Military assistance had to be provided to the police and though forced at one point to open fire on the rioters, the Indian troops gradually gained control and order was restored.