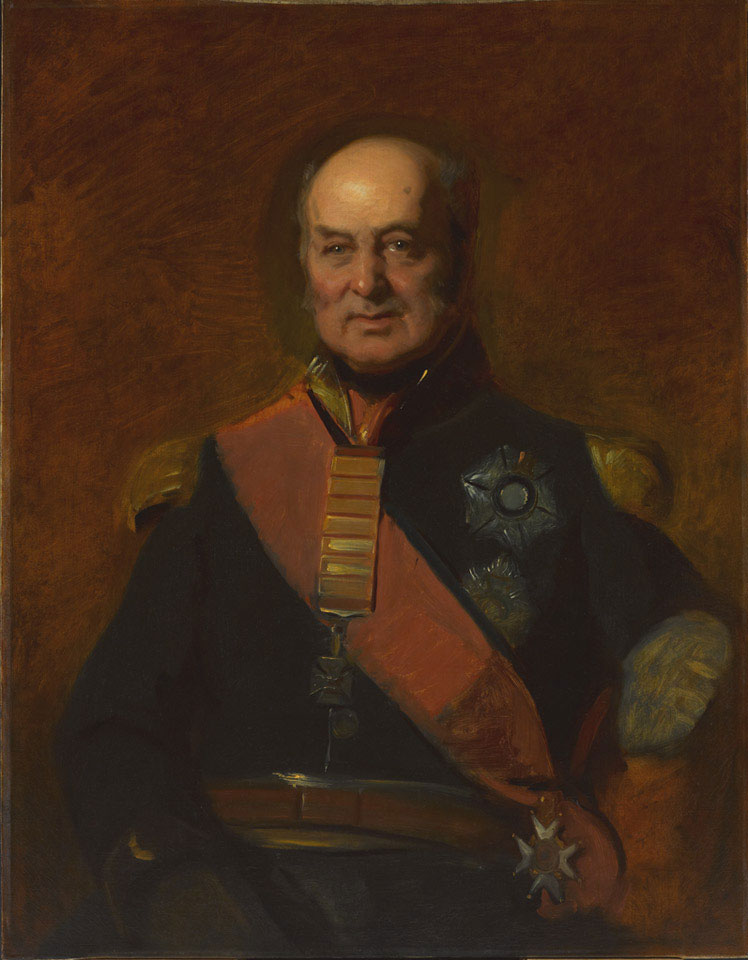 The illegitimate son of the Earl of Tyrone, Beresford (1768-1854) entered the British Army in 1785 and saw service in the West Indies, India, Egypt and South America. After serving with distinction at Corunna in 1809 he was made Commander in Chief of the Portuguese Army which he thoroughly reorganised and led throughout the Peninsular War (1808-1814).

Beresford was in command of an Anglo-Portuguese army at the Battle of Albuera on 16 May 1811, where he was saved from defeat by the tenacity of the British infantry. A man of great strength, at one stage during the battle he was attacked by an enemy lancer. Beresford dodged the lance, grabbed the lancer by his collar, lifted him from his horse and dashed him to the ground.