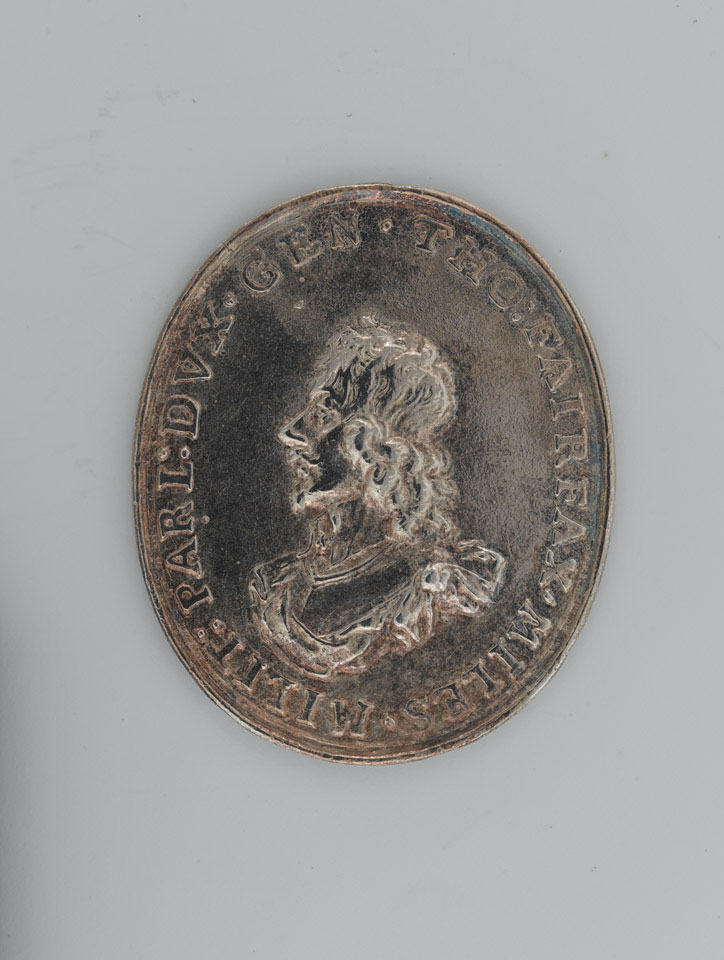 This badge was awarded to Thomas Fairfax (1612-1671) by Parliament and the City of London as a reward for military services. Fairfax played an important part in the defeat of Royalist forces at the Battle of Marston Moor in 1644 and the following year he was appointed the first commander of the New Model Army. Fairfax turned the New Model Army into a disciplined fighting force and in June his force defeated the Royalists at Naseby. Despite being one of the leading Parliamentarians during the English Civil War, Fairfax nevertheless supported the later restoration of Charles II.