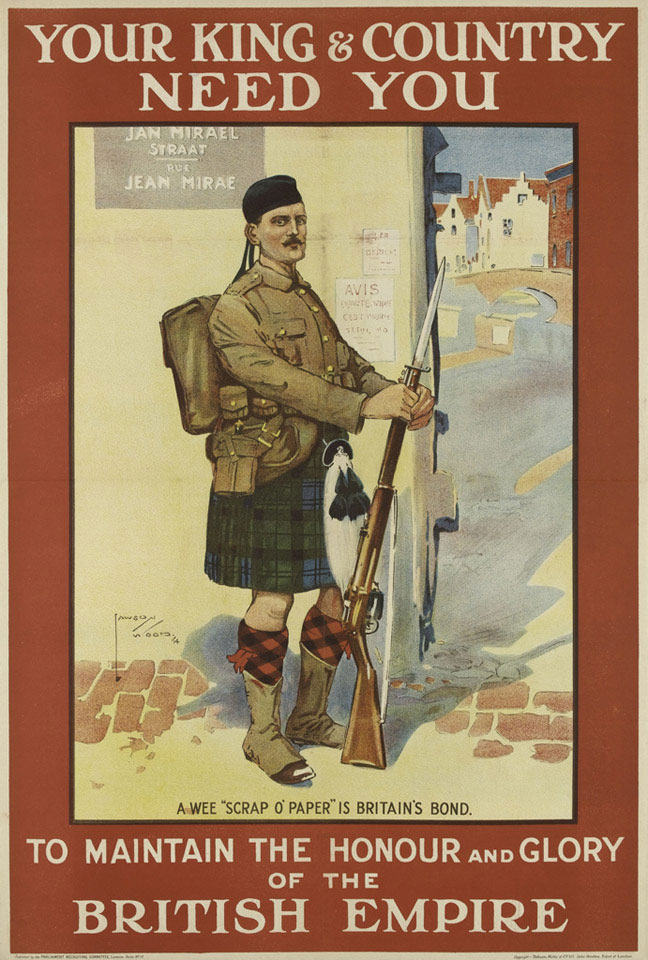 Chromolithograph recruiting poster, after Lawson Wood, published by the Parliamentary Recruiting Committee as Poster No. 17, printed by Dobson, Molle and Company Limited, 1914.

This poster depicts a soldier of the Black Watch (Royal Highlanders) in France, with the caption 'A Wee 'Scrap O' Paper' is Britain's Bond'. As in the rest of Europe, the outbreak of the First World War was greeted with popular acclaim in Britain. Around 30,000 men were enlisting every day by the end of August 1914. By December 1915, over two million men had enlisted. Neither the Second World War nor more recent conflicts have generated anything like this degree of enthusiasm. Men enlisted for all manner of reasons, including patriotism, the desire to quit a boring job for an exciting adventure or the chance to see another country.