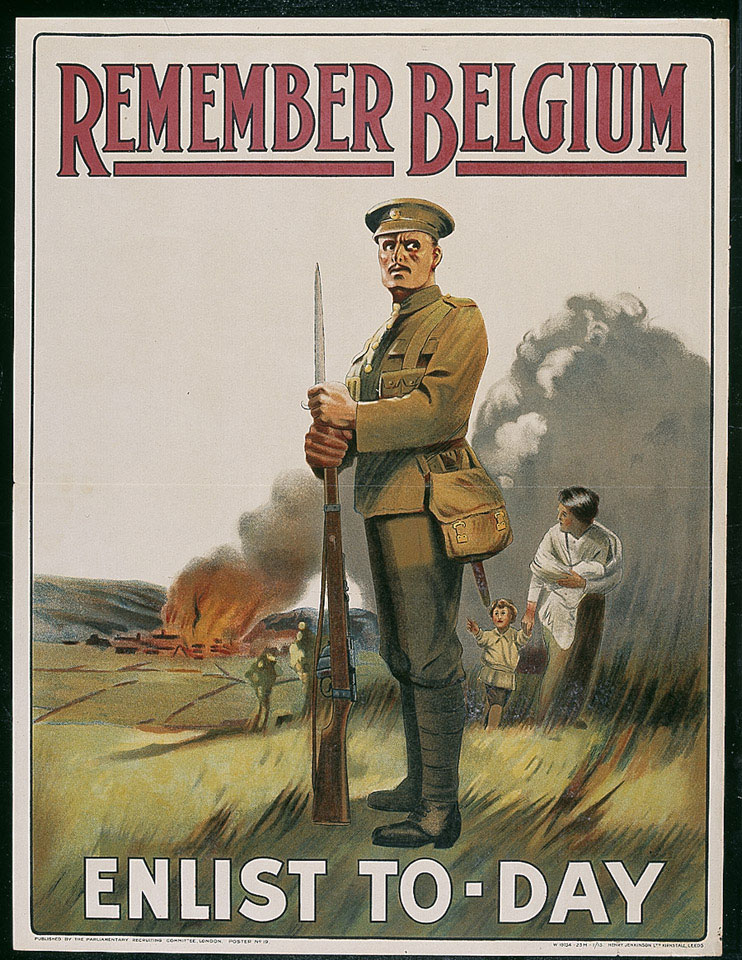 Chromolithograph recruiting poster, published by the Parliamentary Recruiting Committee as Poster No. 19, World War One, 1914.

At the outbreak of the First World War (1914-1918) in August 1914, the British Regular Army was a small professional force of 270,000, and its soldiers were stationed throughout the British Empire. In contrast, the German Army, based on universal military training, had over one million men. Lord Kitchener was appointed Secretary of State for War on 5 August 1914, and immediately began an enormous recruiting drive.

This recruiting poster features a contemplative British infantryman standing in front of Belgian refugees and a burning village, and was intended to inspire enlistment through a sense of duty.