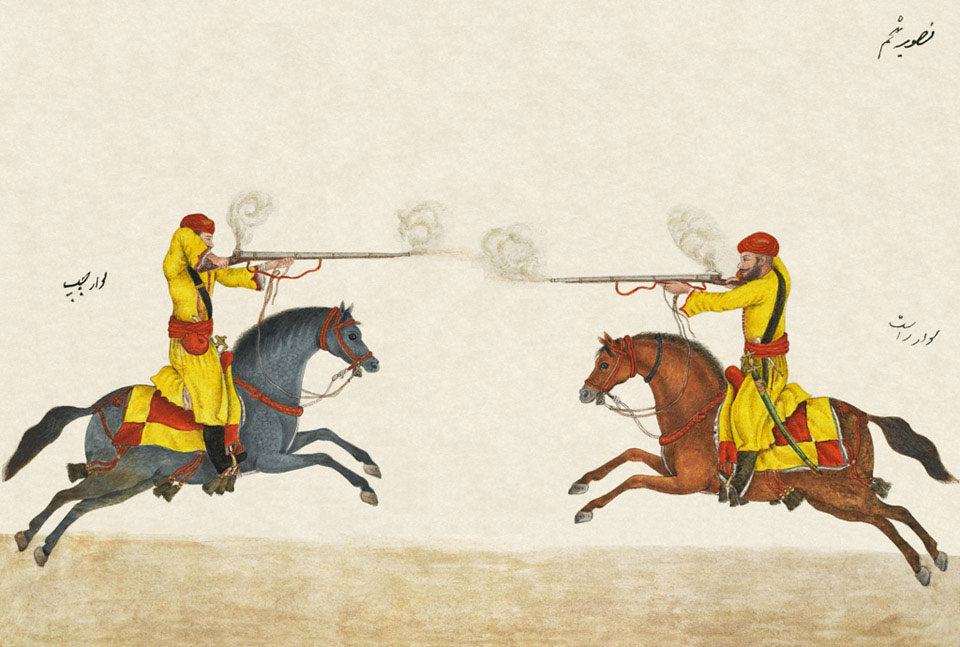 'Method of attack with the musket when meeting the enemy head on', 1824 (c)

Rules for the Manoeuvres of the Hindustani Musket Cavalry. Watercolour on Oriental paper, by a Company artist, Delhi, 1824 (c).

Lieutenant-Colonel James Skinner's personal manual of cavalry manoeuvres was produced for his officers, based on his experience of commanding cavalry. Written in Persian and Urdu, it detailed British and Indian cavalry manoeuvres, combining the merits of both. The manual was illustrated in beautiful detail by a Company artist.

Formerly an officer in the Maratha Army, Skinner raised two cavalry units for the British, later known as 1st and 2nd Skinner's Horse. Nicknamed 'The Yellow Boys' for their flamboyant saffron-coloured uniforms, they were famous for their horsemanship and skill at arms.