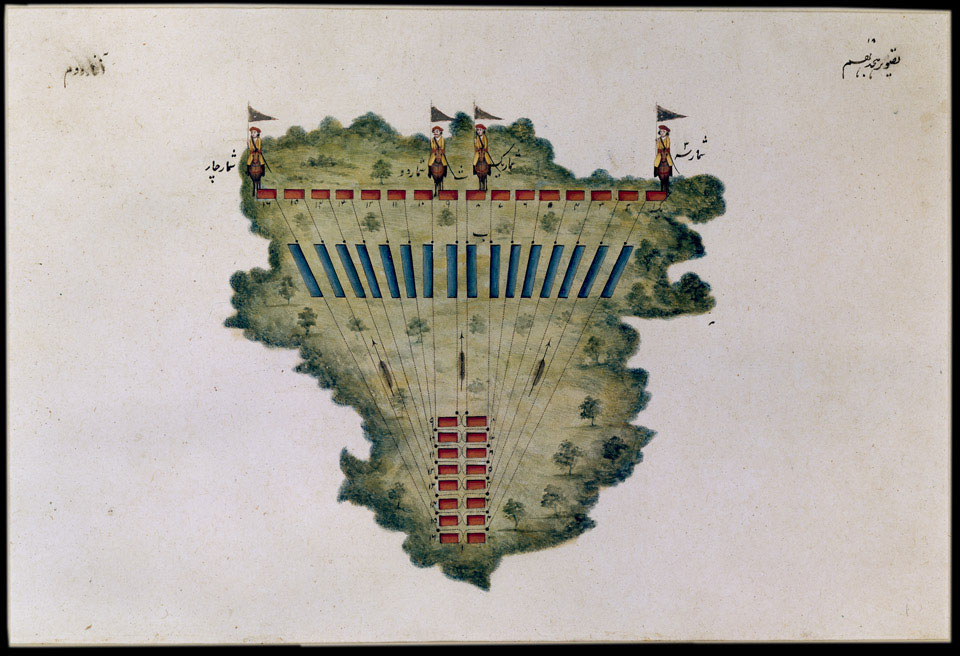 Positions for the manoeuvre of the regiment from a column to a line, 1824 (c)

Formerly an officer in the Maratha Army, Skinner raised two cavalry units for the British, later known as 1st and 2nd Skinner's Horse. Nicknamed 'The Yellow Boys' for their flamboyant saffron-coloured uniforms, they were famous for their horsemanship and skill at arms.