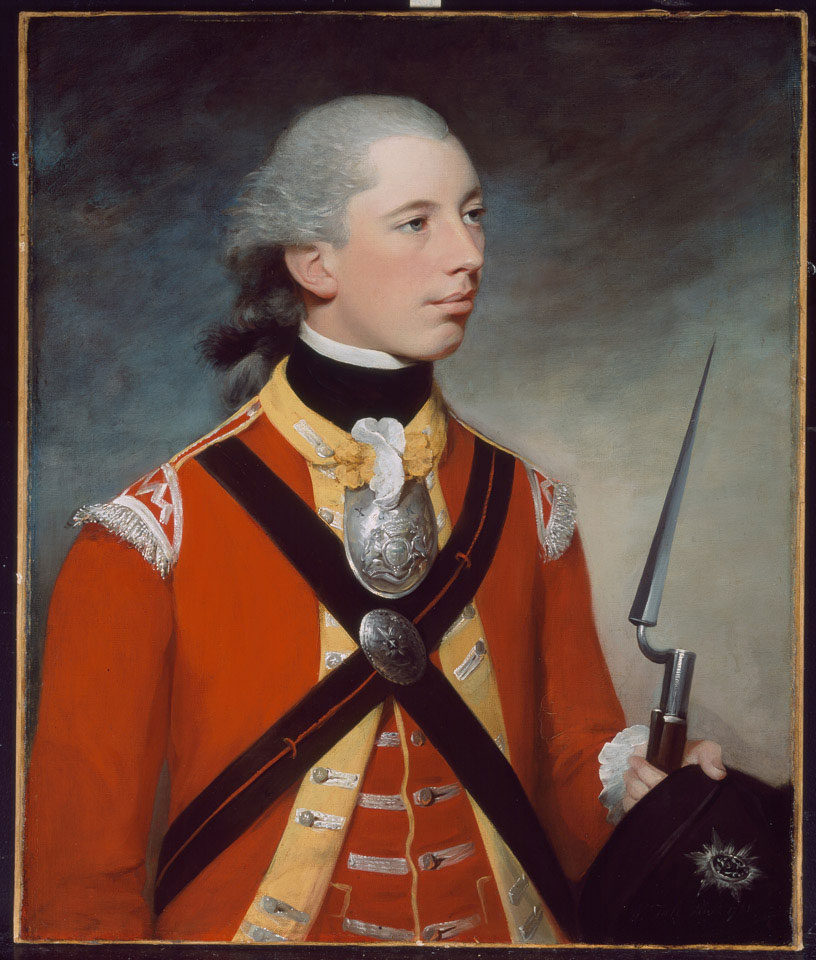 Thomas Hewitt was commissioned as an ensign in the 22nd Regiment in 1772, becoming a lieutenant in 1775. Two years later he was promoted to captain in the 10th Regiment of Foot, which had served in North America since 1767. He took over command of the light company in 1778, the following year, probably on the regiment's return home. During the American War of Independence (1775-1783), the 10th's light company took part in the action at Lexington (1775), firing some of the first shots of the war. It was renamed 10th (North Lincoln) Regiment in 1782. Hewitt left the Army in 1785.

As a mark of his status as an officer, Hewitt wears a silver gorget around his neck. The 'wings' on the shoulders of his uniform distinguish him as a member of a light company; his light infantry cap is held in his left hand. He carries a fusil or light musket - a weapon frequently carried by light company officers which was usually privately purchased. Portraits of officers carrying such a weapon are rare.