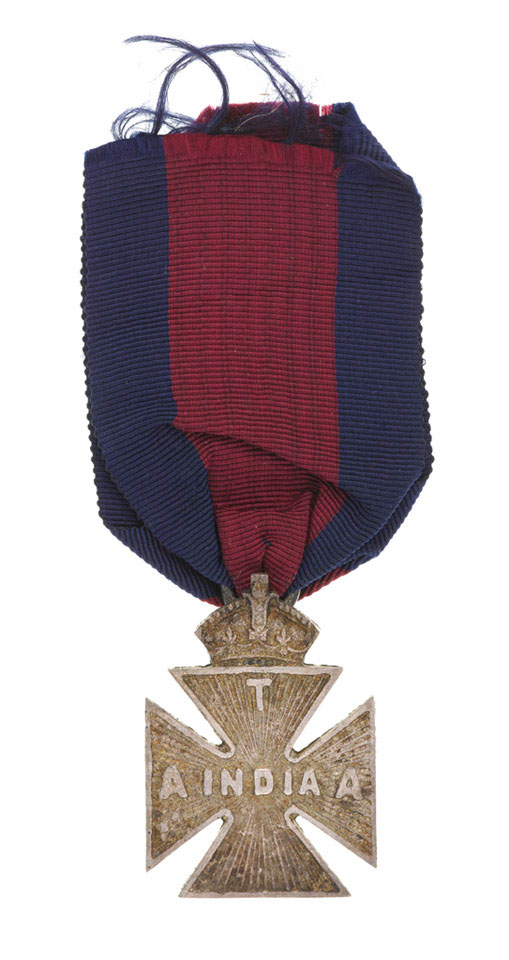 Silver medal in the form of a cannon cross with rays emanating from the word, 'India', in the centre; on the three upper arms of the cross are the initials of the Army Temperance Association, 'ATA'. The medal is suspended from a red and navy blue ribbon.

One of the rewards the Association provided to its members were medals that recognised their commitment to temperance. Some medals continued to be issued after organisational name changes were made as updated replacements were not always immediately available. This medal was awarded for seven years of abstinence from alcohol and, along with an earlier version produced by the Soldiers' Total Abstinence Association, was known as the 'Havelock Cross', named after Sir Henry Havelock (1795-1857).

As a lieutenant in the 13th (The 1st Somersetshire) Regiment of Foot (Light Infantry) Havelock formed a temperance club, 'Havelock's Saints', in Rangoon in 1823. He went on to form a Regimental Temperance Society. He died at Lucknow in 1857 during the Indian Mutiny (1857-1859).