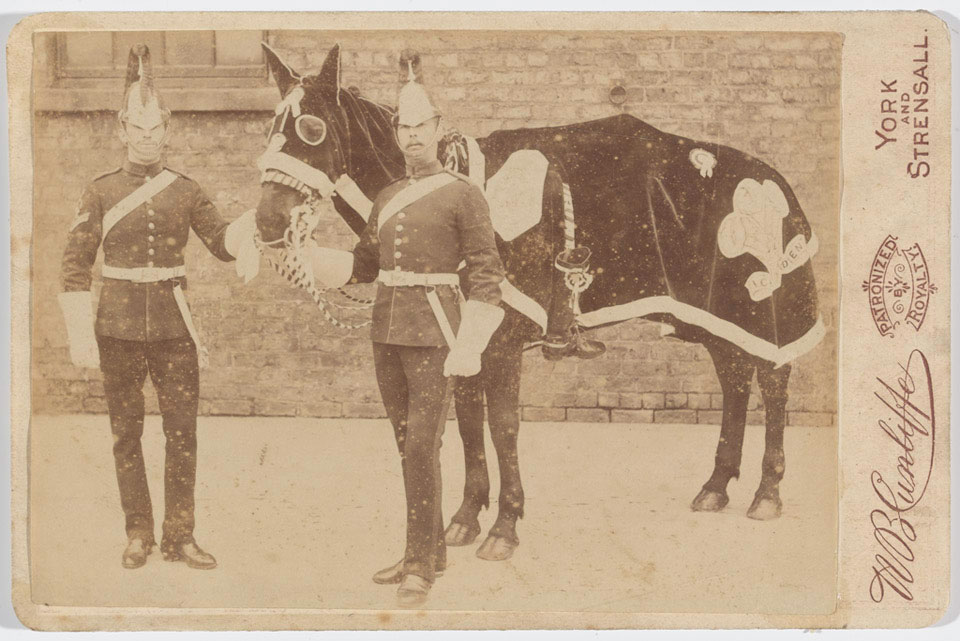 A horse of the 3rd (Prince of Wales's) Dragoon Guards prepared for the funeral of the Duke of Clarence, January 1892

Photograph by W B Cunliffe, York and Strensall, 1892.

Prince Albert Victor, Duke of Clarence and Avondale, was the eldest son of Edward, Prince of Wales (later King Edward VII). He died during an influenza pandemic, aged just 28, on the 14 January 1892.

The horse wears a funereal caparison with riding boots positioned traditionally, facing reverse, in the stirrups. A painting in the Royal Collection by Robert Taylor Pritchett, 'Funeral of the Duke of Clarence, 20-21 January 1892', shows the riderless horse standing close to the gun carriage carrying the body of the Prince to St George's Chapel at Windsor Castle where he was to be buried.