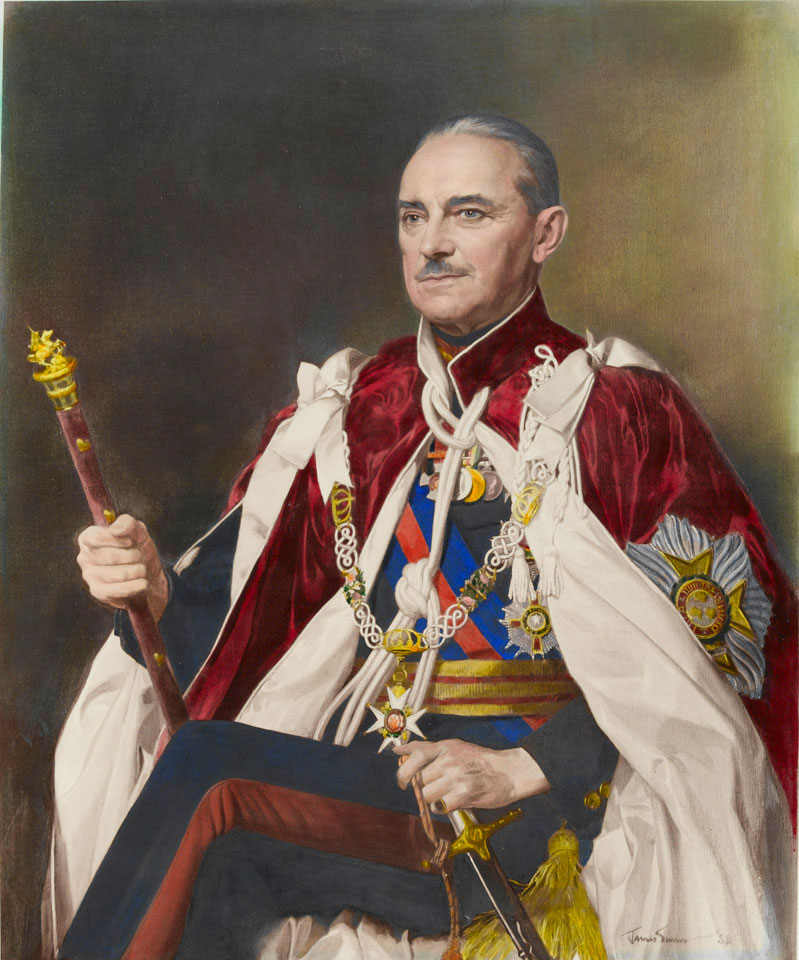 Shown here seated in the robes of the Order of the Bath, Templer joined the British Army in 1916 and served on the Western Front during the later stages of the First World War. In the inter-war period he served in the Middle East, and in 1940 went to France as an intelligence officer on the staff of the British Expeditionary Force. In 1943-44, he commanded an infantry division in Italy, which saw severe fighting in operations around Anzio.

After the Second World War he served as Director of Military Intelligence at the War Office. Templer's most important achievements came towards the end of his military career. In February 1952, following the assassination of the local High Commissioner, he was sent to Malaya to assume control of both the civil government and military operations. There he faced a communist insurgency led by the Malayan Races Liberation Army. Templer combined vigorous military operations against the insurgents' jungle bases with political reforms designed to win 'hearts and minds' (Templer is credited with coining this phrase) of the Malayan community.

The campaign was a striking success, and it is still studied today as model of how such operations should be conducted. When he relinquished his post in October 1954, government control over most of the country had been re-established. Templer was appointed Chief of the Imperial General Staff in 1955, and created a field marshal in 1956.