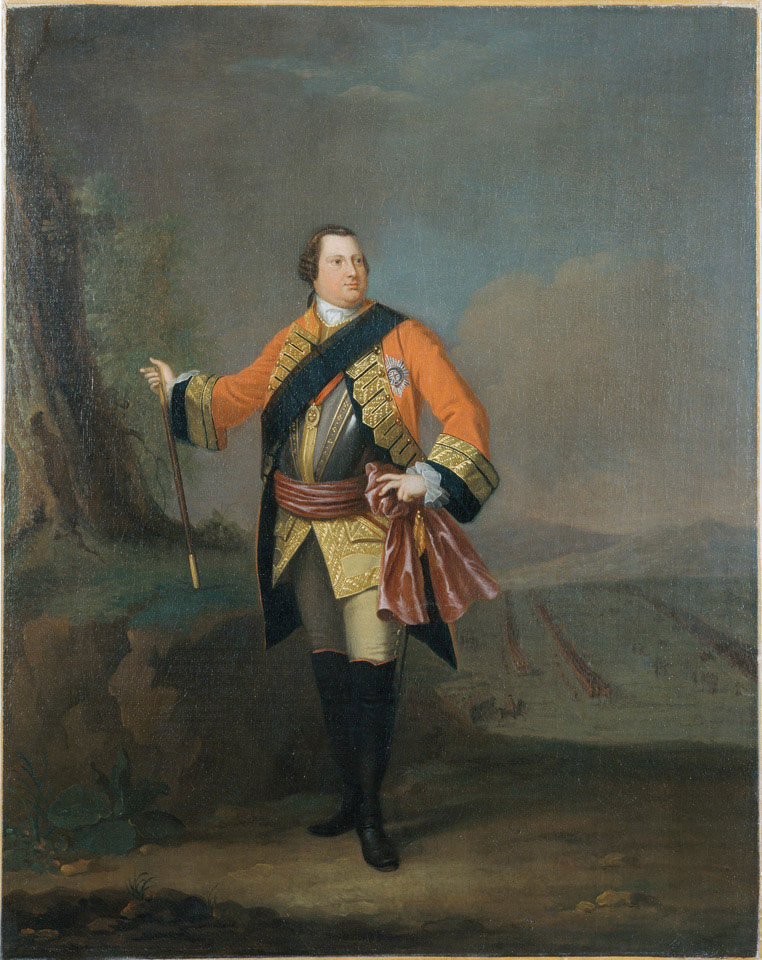 Cumberland wearing General Officer's state coat and the sash and breast star of the Order of the Garter.

Cumberland was the third and favourite son of King George II. In April 1743, during the War of the Austrian Succession (1740-1748), he accompanied his father to Hanover and saw action at the Battle of Dettingen, where he was wounded in the leg. In 1745, he commanded the Allied army against the French in the desperate Battle of Fontenoy where, ignoring advice, he attacked a strongly-defended position, losing the day with heavy casualties.

When Bonnie Prince Charlie landed in Scotland, Cumberland was hastily recalled from the Low Countries to take command of the King's forces. On 27 April 1746 (Modern Calendar; 16 April 1746 Old Style), he crushed the Jacobites at the Battle of Culloden.

Convinced that harsh measures were required to suppress the uprising, Cumberland then instructed his men to search cottages for rebels, plundering cattle and burning homesteads. Reports of such atrocities soon earned him the nickname of 'the Butcher', but he remained Captain-General of the Army until 1757, presiding over a number of important military reforms. His disgrace followed the making an unwise truce with the French in Germany.