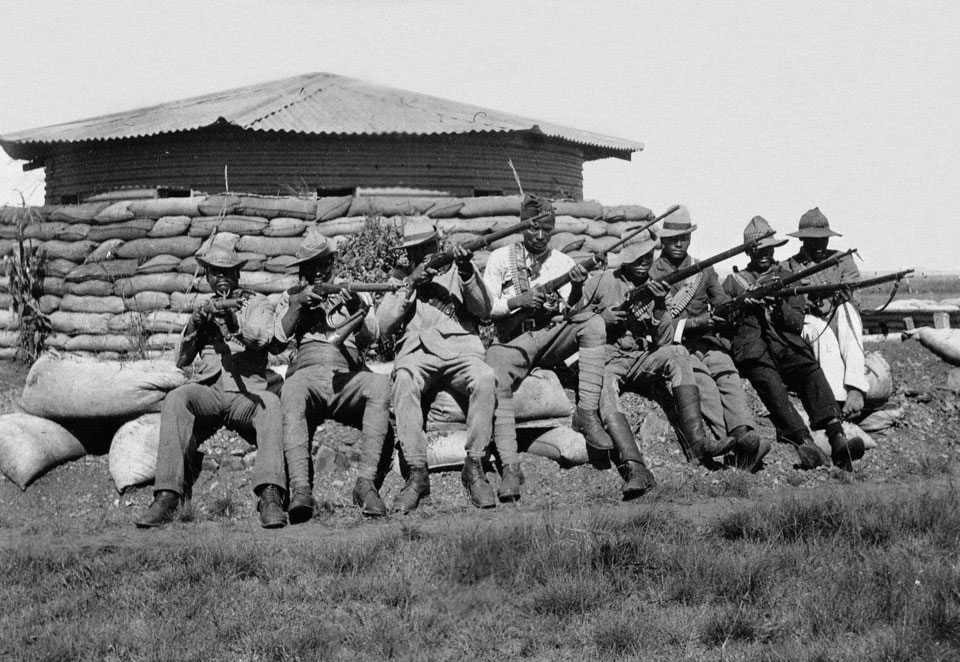 On the outbreak of the Boer War in 1899 the British had made a tacit agreement with their Boer enemies that both sides would not arm the black population. As the war progressed however this stance proved difficult to maintain and they began employing armed blacks as scouts. It is estimated that between 15,000 and 30,000 black Africans were serving under arms with the British Army as scouts and sentries, while another 100,000 worked as labourers, transport drivers, blacksmiths, wheelwrights, farriers and builders.

From an album of 44 photographs taken and collected by Colonel O M Harris DSO, Royal Artillery.