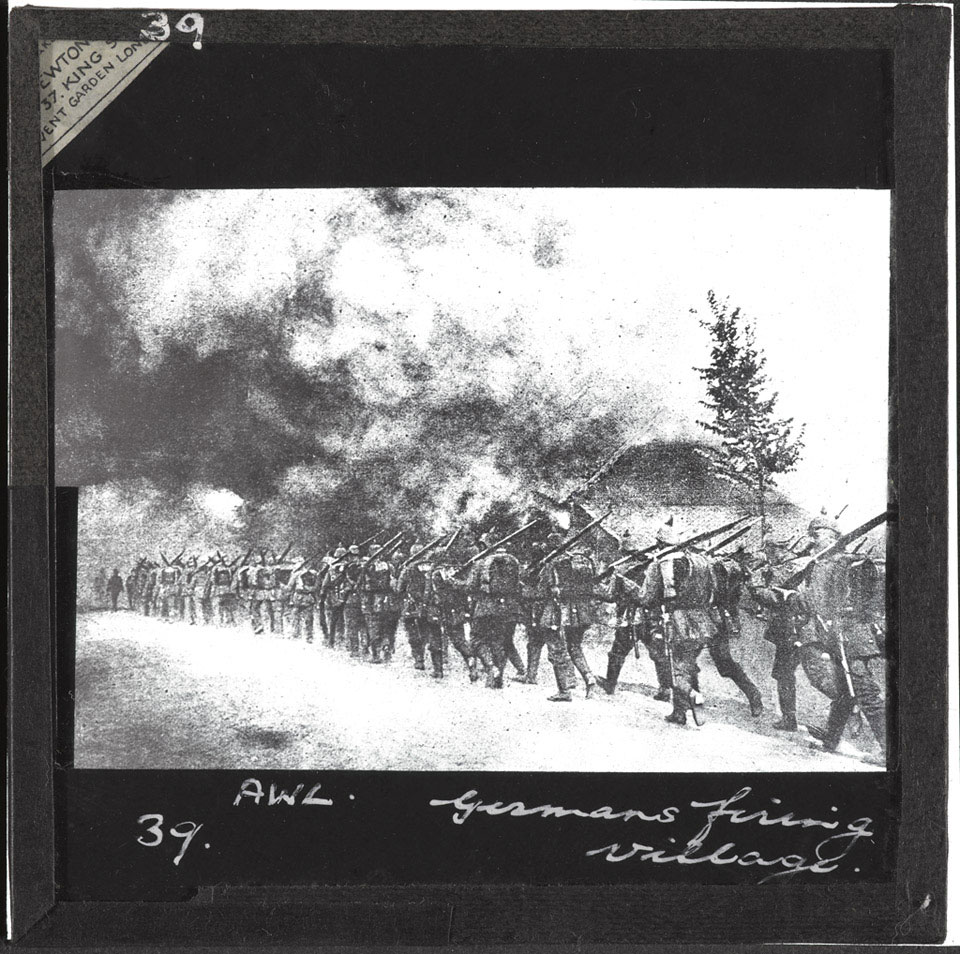 As they advanced through Belgium the Germans faced stiff resistance and encountered sporadic guerilla actions and sniping behind their lines. In reprisal they burned villages and executed hundreds of civilians in what became known as the 'Rape of Belgium'. Allied propagandists exaggerated the scale of the Germans' crimes but they convinced many men in Britain and across the Empire to join the Army.

From a box of 70 lantern slides.