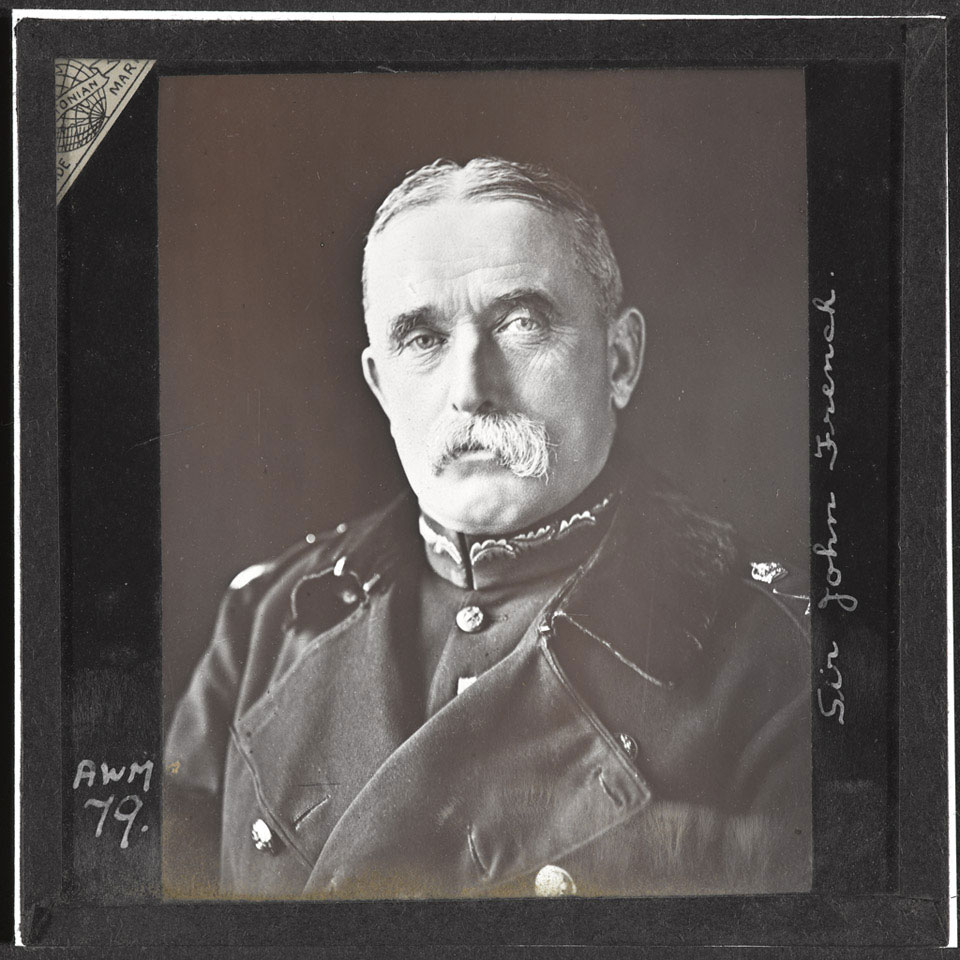 French was in overall command of the British Expeditionary Force (BEF) when it landed in France in August 1914. He was an experienced general who had skilfully commanded cavalry during the Boer War (1899-1902). But, like many other generals of his generation, he found modern warfare far more challenging.

In 1914 the BEF consisted of one cavalry and four infantry divisions (about 90,000 men). French had never previously commanded more than a single division of cavalry in the field (around 4,000 men). Although troops were more mobile in the early actions of the war than in the trench warfare that was to develop from the first battle of Ypres (October-November 1914), French never had the chance to put his cavalry expertise to good use. The battles of 1914-1915 brought neither success nor failure for the British.

French was always reluctant to co-operate with his French allies and this weakened his position, which was made more unstable by personality clashes with his colleagues, including Lord Kitchener (the Secretary of State for War); General Sir Douglas Haig; the Prime Minister, Herbert Asquith; and even King George V. Eventually French gave way: he resigned as Commander-in-Chief of the BEF on 6 December 1915.

From a box of 69 lantern slides.