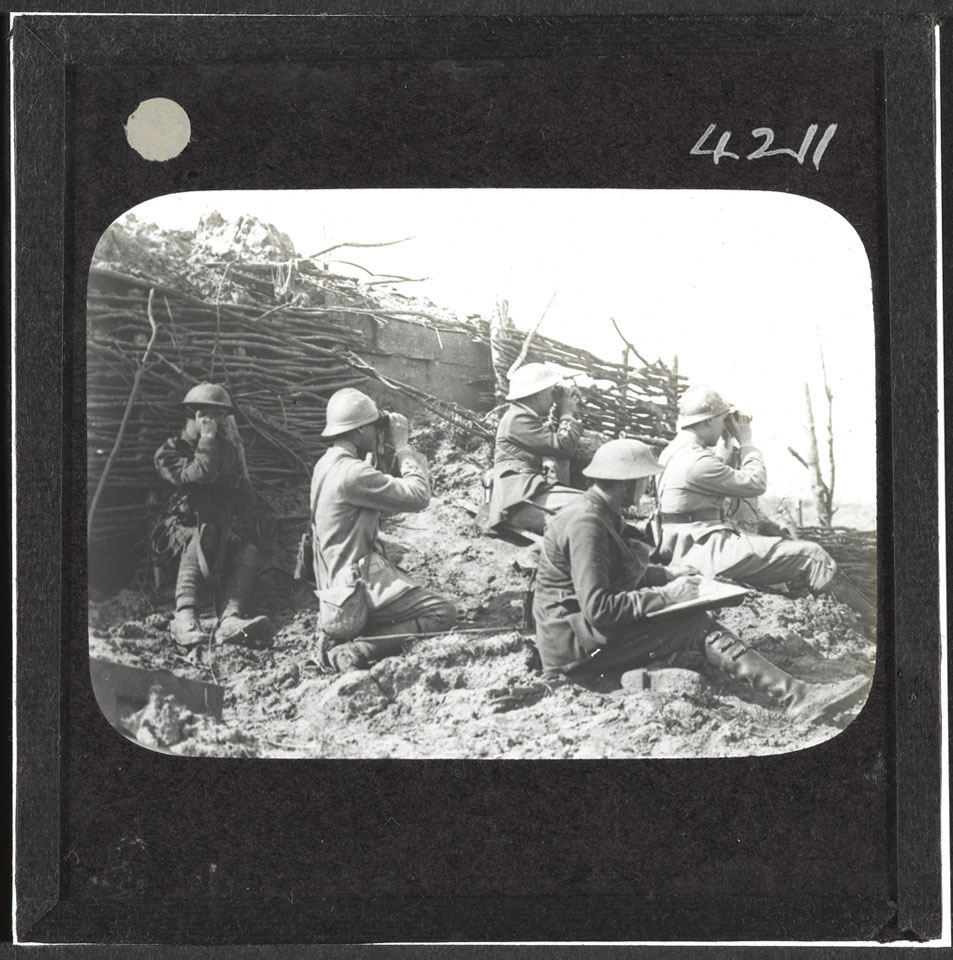 British and French artillery forward observation officers watch the opening bombardment during the Battle of Langemarck (16-18 August 1917). A British field telephonist assists them with the ranging in of the guns.

Langemarck was the second Allied attack of the 3rd Battle of Ypres (1917) and the drive towards Passchendaele. During the battle both sides were hampered by heavy rain, but the French made substantial gains. The British were able to take some ground, but German counter-attacks forced them back.