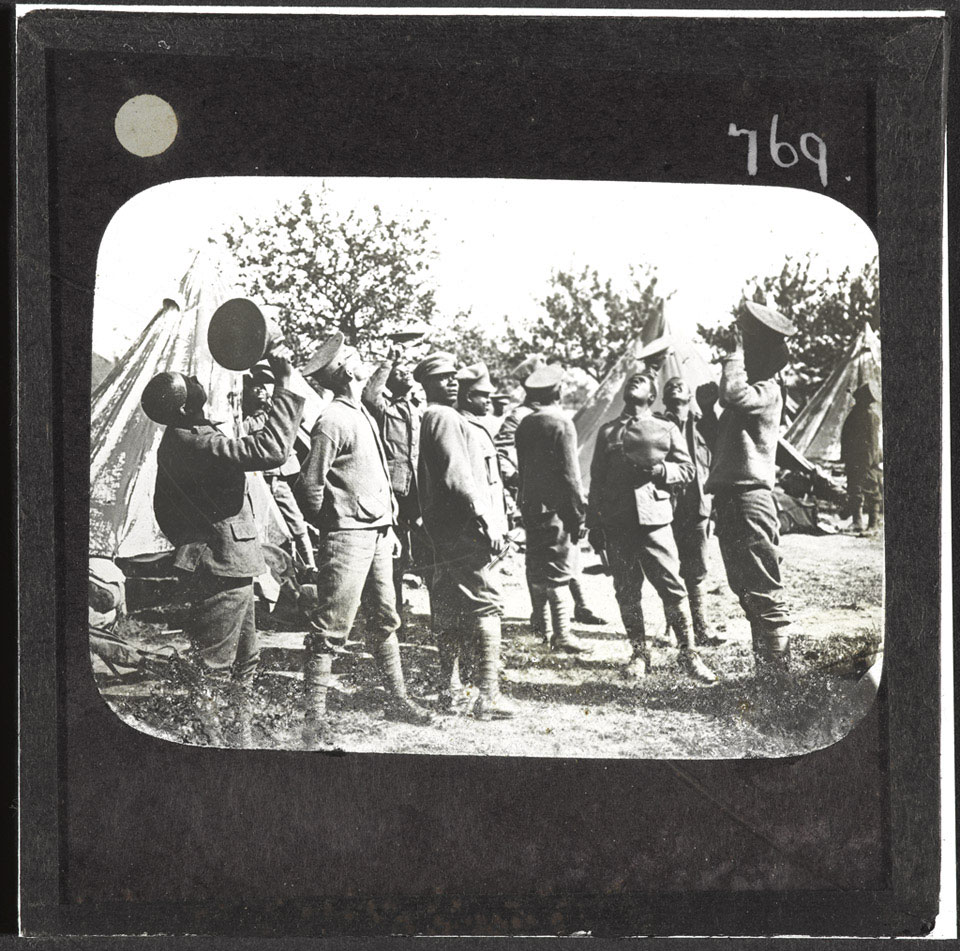 Members of the British West Indies Regiment observe aircraft above their camp on the Albert to Amiens Road. Their regiment had been raised in October 1915 and its battalions served in France, Italy, Africa and the Middle East.

When the British West Indies Regiment served on the Western Front there was an official reluctance to deploy its men in front-line positions, rather than as labourers in the rear. Such attitudes were based on racial stereotypes about the lack of 'martial spirit' possessed by Caribbean men.

Such views resulted in a mutiny at Taranto in Italy in 1918 where members of the regiment were being used on labouring duties that included the cleaning of latrines for white troops and Italian labourers.