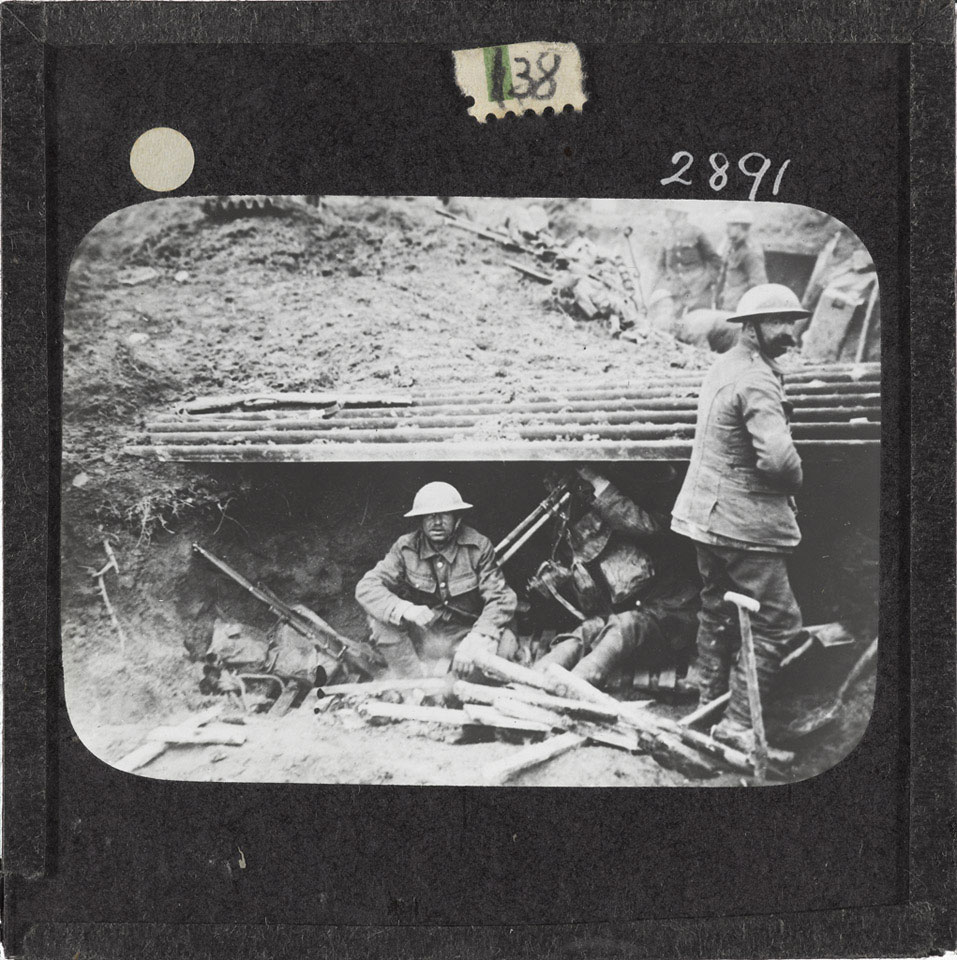 British soldiers rest in a captured German dugout at Feuchy village which was taken by Major-General Henry Lukin's 9th (Scottish) Division at the start of the Battle of Arras (9 April-16 May 1917).

From a box of 50 lantern slides.