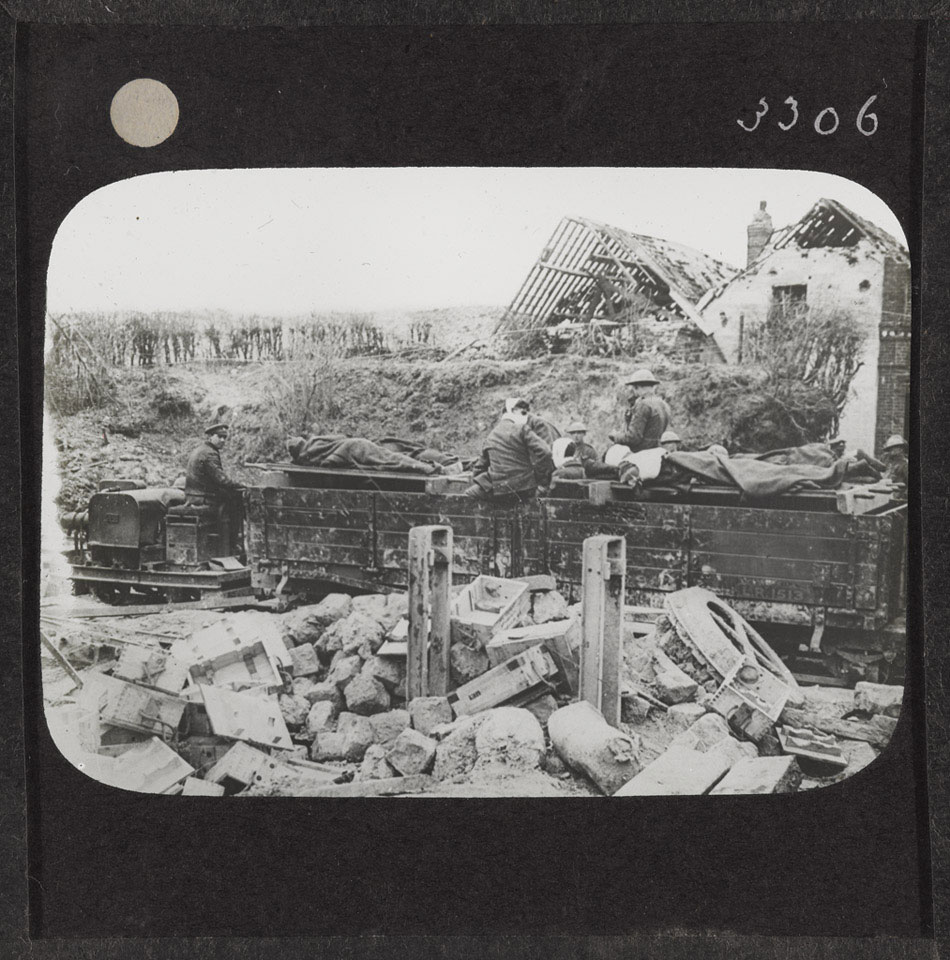 Wounded being moved by light railway near Feuchy, 29 April 1917

Wounded from the Battle of Arras (9 April-16 May 1917) are moved to the rear. Although the Allies captured several of their objectives, including Vimy Ridge, during this operation they suffered some of the highest casualty rates sustained by an attacking force during the entire war.

From a box of 80 lantern slides.