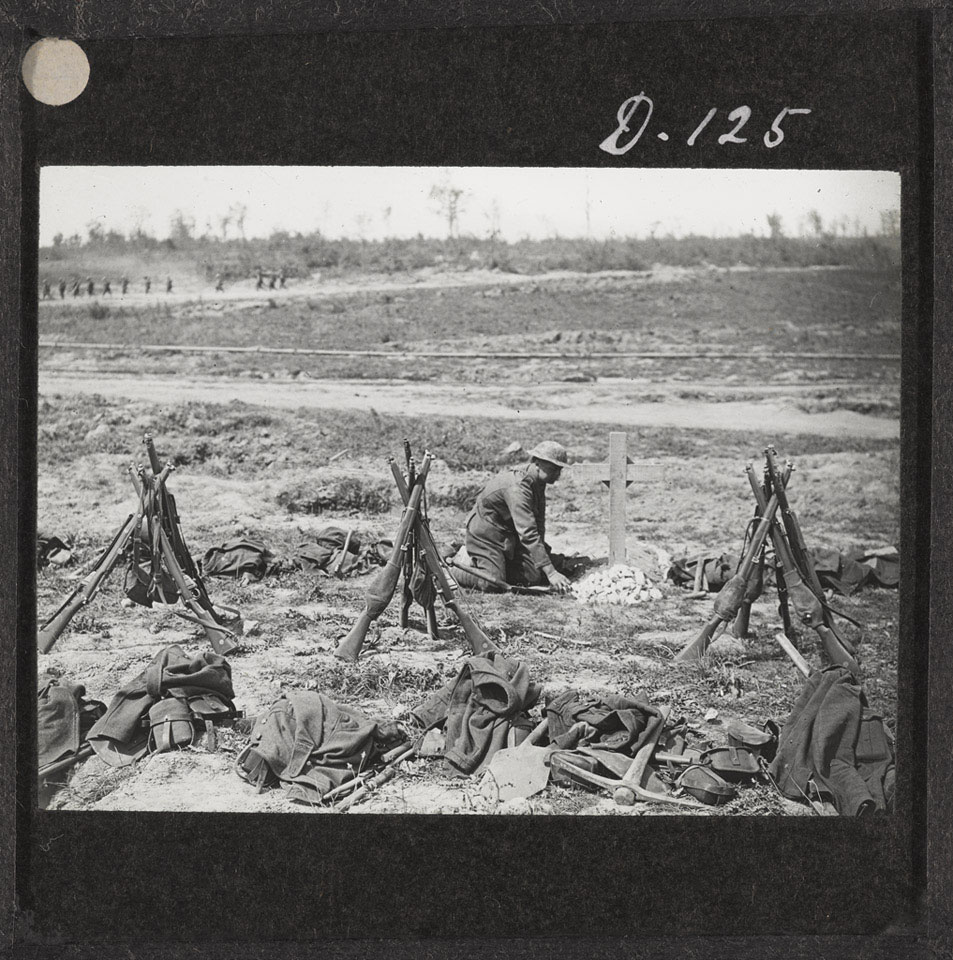 Mametz Wood on the Somme was attacked by the 38th (Welsh) Division on 7 July 1916. The shell-blasted wood was heavily fortified with machine guns, trenches and mortars. During five days of bitter fighting the division suffered nearly 4,000 men killed or wounded. Although most of the wood was cleared of the enemy on 12 July, fierce German counter-attacks continued in the days that followed. Many of the dead were buried in a temporary cemetery nearby.

From a box of 80 lantern slides.