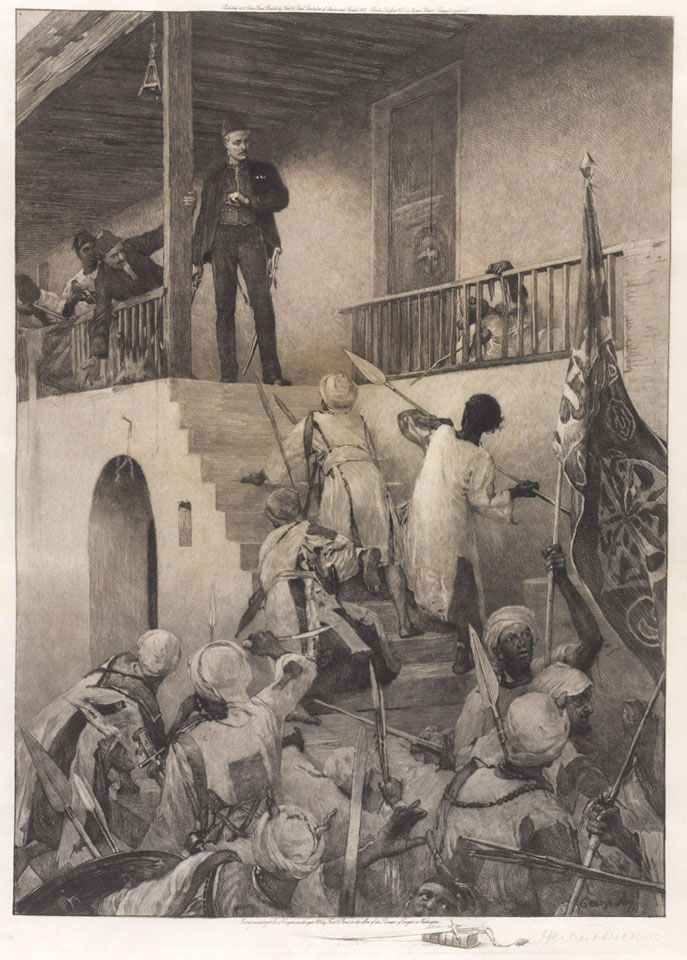 A veteran of the Crimean War (1854-1856), Gordon first came to national prominence for his command of Chinese Imperial forces during the Taiping Rebellion (1850-1864). He later entered the Egyptian Khedives' service and became Governor of the Sudan. After helping to suppress the slave trade he returned to Britain in 1880.

Following the outbreak of the 1st Sudan War (1884-1885) he was sent to Khartoum with instructions to secure the evacuation of loyal soldiers and civilians. After evacuating most of the latter, he opted to remain with a small force and defend the city against the Mahdist rebels. He held out for almost a year, winning the admiration of the British public, but irritating the government who's orders to evacuate had been ignored. Only when public pressure to act had become irresistible did the government reluctantly send a relief column. This finally reached Khartoum on 28 January 1885, two days after Gordon had been killed and the town had fallen. His head was sent to the Mahdi as a trophy.