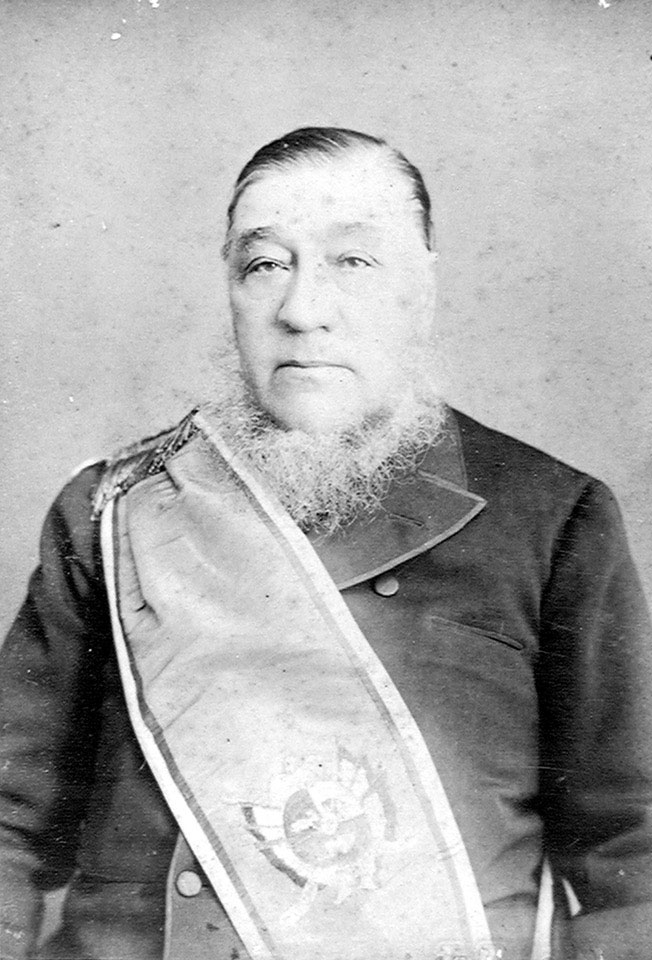 The Boers affectionately referred to Kruger (1825-1904) as 'Oom Paul' or 'Uncle Paul', and his large frame, baggy black suits, grey hair, whiskers, and top hat were often caricatured by British cartoonists. Nevertheless, he was a formidable opponent and became the internationally renowned face of the Boer resistance to the British Empire.