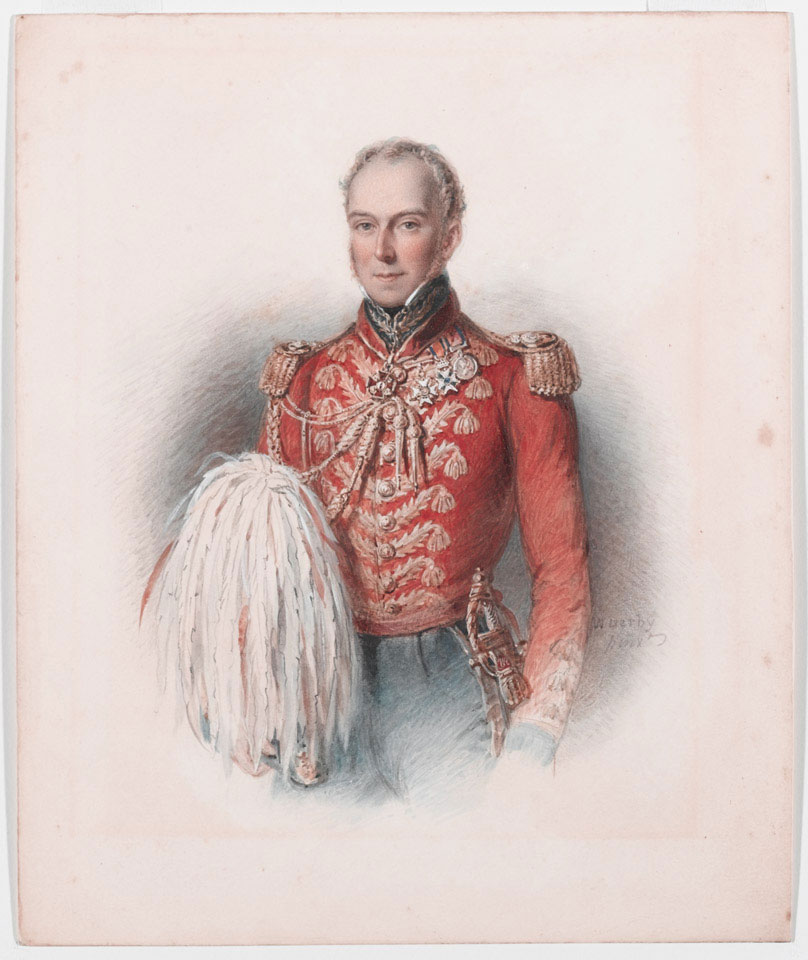 Elphinstone (1782-1842) joined the British Army in 1804 and served throughout the Napoleonic Wars, rising to the rank of Lieutenant-Colonel. In 1813 he became commander of the 33rd Regiment of Foot, which he led at the Battle of Waterloo (1815). For his actions at Waterloo, Elphinstone was made a Companion of the Bath. After his promotion to colonel in 1825, he served for a time as aide-de-camp to King George IV.

Promoted to major-general in 1837, in 1841 he was given command of the Kabul garrison during the 1st Afghan War (1839-1842). In January 1842 Elphinstone led the disastrous British retreat from that city towards Jellalabad during which many soldiers and civilian camp followers were killed by Afghans hiding in the hills. He finally surrendered as a hostage in exchange for safe passage for civilians and died of dysentery in captivity on 23 April 1842.