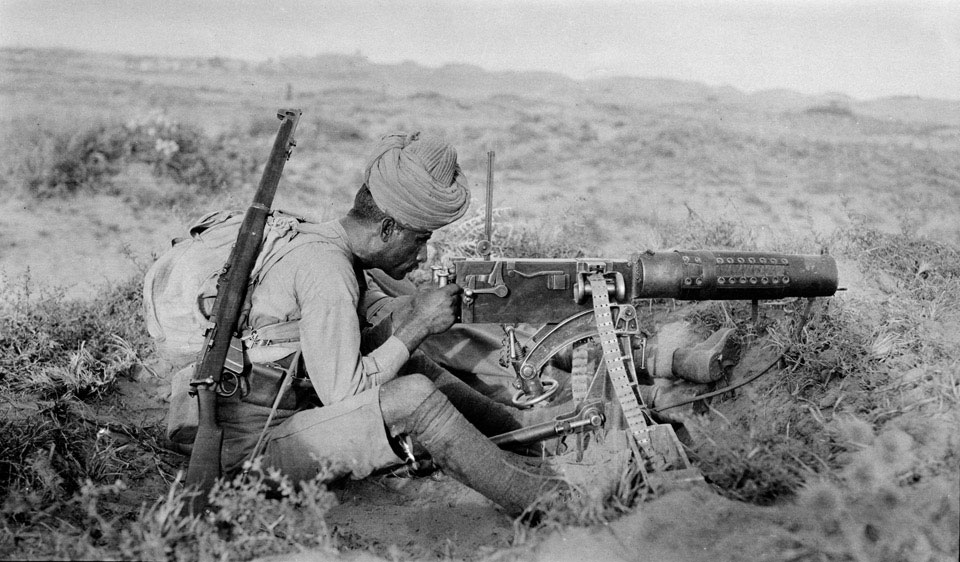 The Vickers-Maxim was the predecessor of the better-known Mark 1 .303 Vickers Machine Gun, which was introduced in late 1912. Although heavy, it was reliable and was used in many colonial campaigns during the pre-war era. Although many saw service in East Africa, Mesopotamia and the Middle East during the First World War, the Vickers Machine Gun, basically an improved version of the Vickers-Maxim, replaced it in most war theatres.