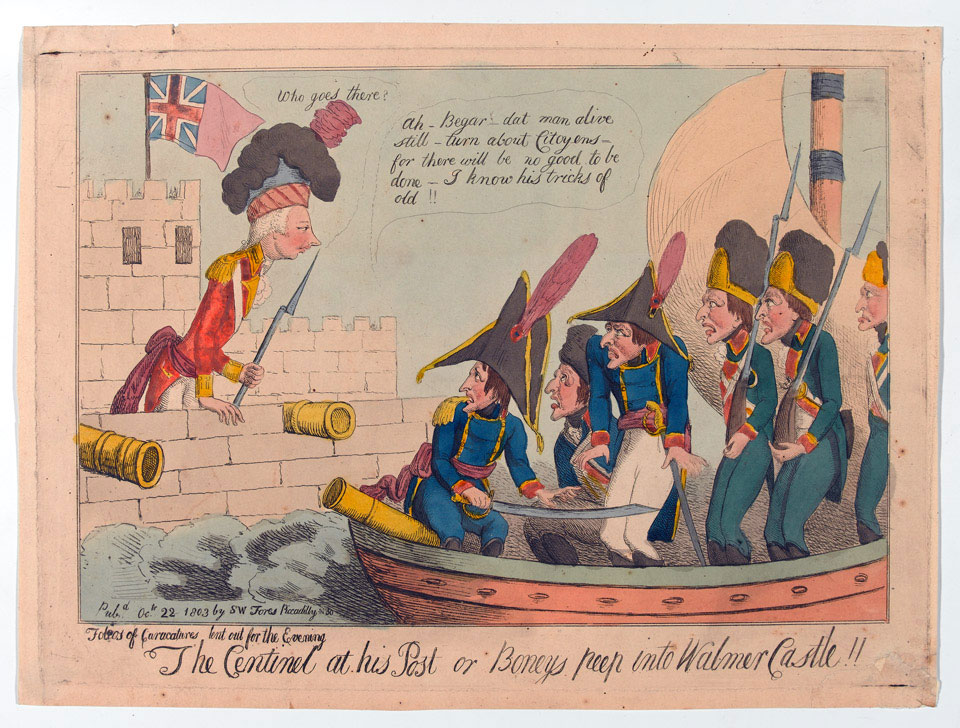 'The Centinel at his Post or Boneys peep into Walmer Castle!!'

This caricature depicts William Pitt the Younger, who became Lord Warden of the Cinque Ports in August 1792, but while serving as prime minister played little role in their defence. However, after his resignation in 1801 he took on a more active role. In 1802 he formed the three battalion-strong Cinque Port Volunteers who were responsible for the defence of Hastings, New Romney, Hythe, Dover and Sandwich, along with the two 'Antient Towns' of Winchelsea and Rye. Until his return to office in May 1804 Pitt often drilled his men in person in his capacity as Colonel Commandant.