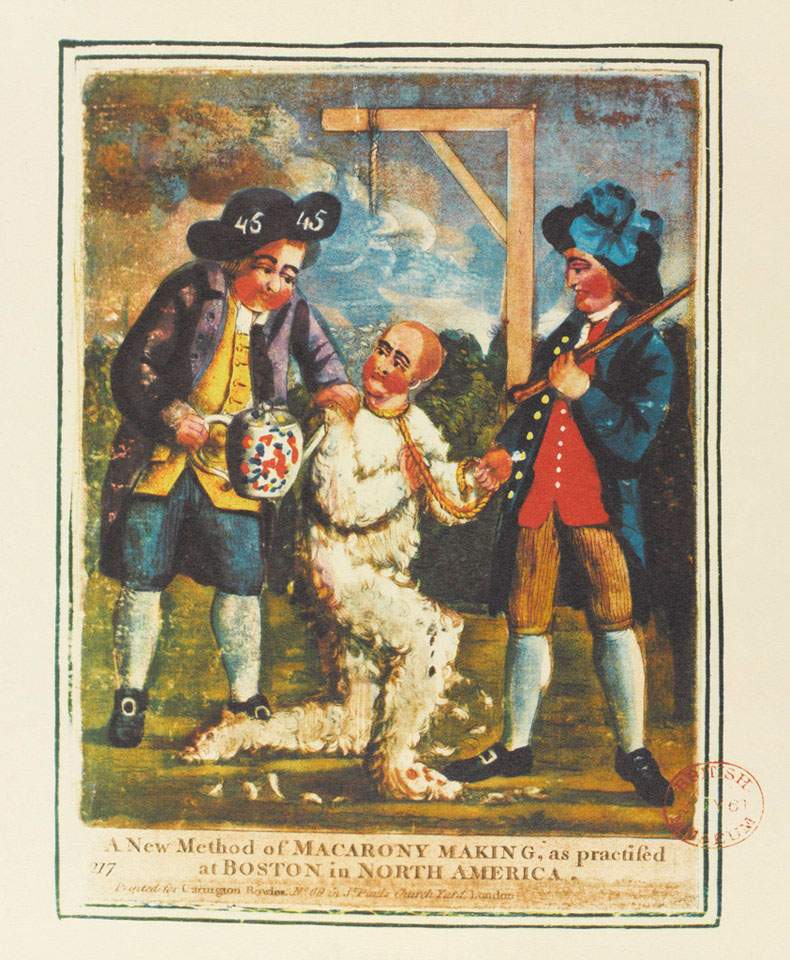 'A New Method of Macarony Making, as practised at Boston in North America', 1774

This print depicts an incident during the political unrest that followed the 'Boston Tea Party' of December 1773 when colonists dumped a cargo of British tea into Boston harbour in protest at the Crown's attempt to tax. John Malcolm, an Army officer and British customs official, was tarred and feathered by Patriots.

In response to the protests, the government introduced a series of measures known as 'Intolerable Acts', which closed the port of Boston and put Massachusetts under military rule.