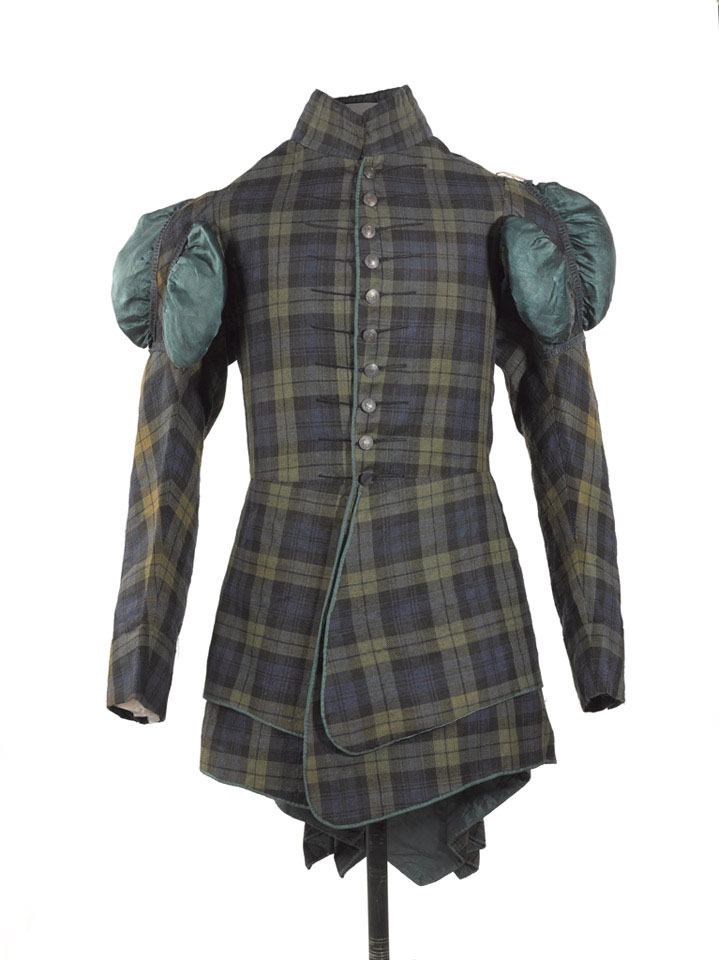 Coat of the Royal Company of Archers, King's Body Guard for Scotland, 1822 (c)

The Royal Company of Archers came into being in 1676 when it was formed for the encouragement of archery. At the beginning of the 18th Century it received a new charter from Queen Anne, and under King George IV the Company was given the additional title of 'The King's Body Guard for Scotland'. It has since acted in that capacity during visits of the Sovereign to Edinburgh. The Captain-General is the Gold Stick for Scotland and takes his place at coronations and other ceremonies.