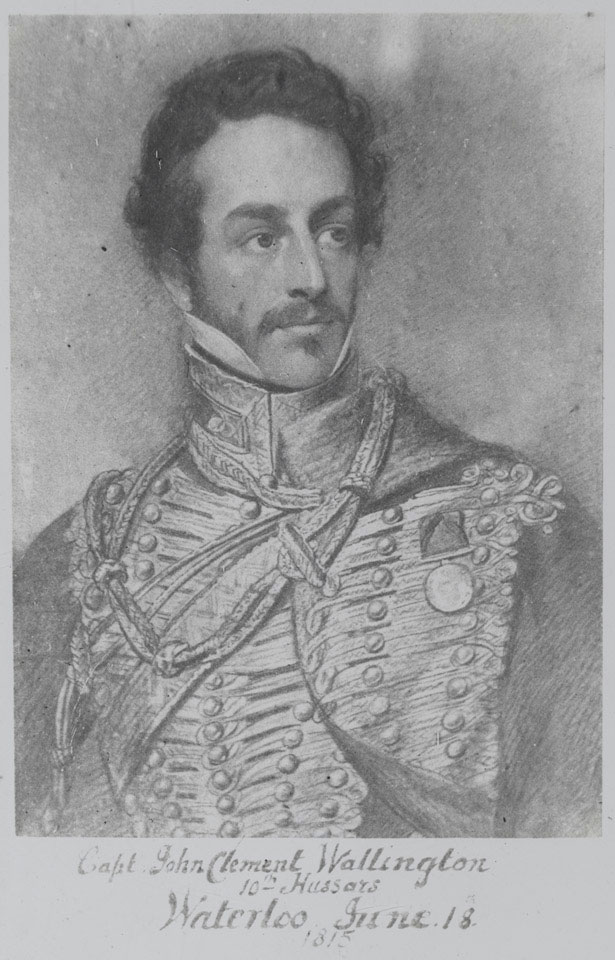 Wallington fought at the Battles of Quatre Bras and Waterloo in June 1815. During the latter engagement his charger was shot from under him by a cannon ball which went on to kill a fellow officer. The day after the battle he found his badly wounded cousin Major Thomas Harris on the battle field and carried him to Hougoumont where he underwent surgery.

One of 209 photographs collected by the late D H Parry (military artist), 1815-1926. Associated with items from the Cotton Museum at Waterloo (dispersed in 1926), the battlefield, buildings in the area and prints of personalities and scenes relating to the battle.