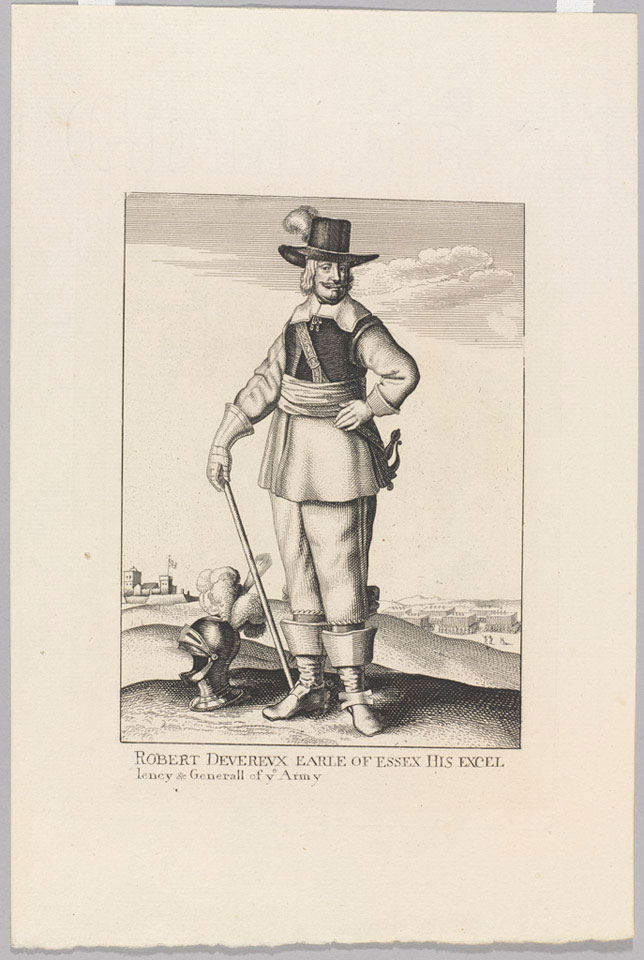 Essex (1591-1646) was a leading opponent of Charles I's political and religious policies. He had little military experience, but was appointed General of the Parliamentarian army for his strength of character and social standing.

On 23 October 1642, Essex commanded Parliament's forces at Edgehill, the first major battle of the war. The following month, at Turnham Green, his troops blocked the Royalist advance on London. On 20 September 1643, following his relief of the besieged city of Gloucester, Essex engaged the Royal army, under the personal command of King Charles, at Newbury. The resulting battle was indecisive, but the Royalists were severely weakened by their losses of men and supplies.

The following year, Essex committed a major strategic blunder, marching into Cornwall where he was trapped by the King's superior forces. In September 1644, after fighting at Lostwithiel, many of his troops were cut off and forced to surrender. He resigned his command the following year.