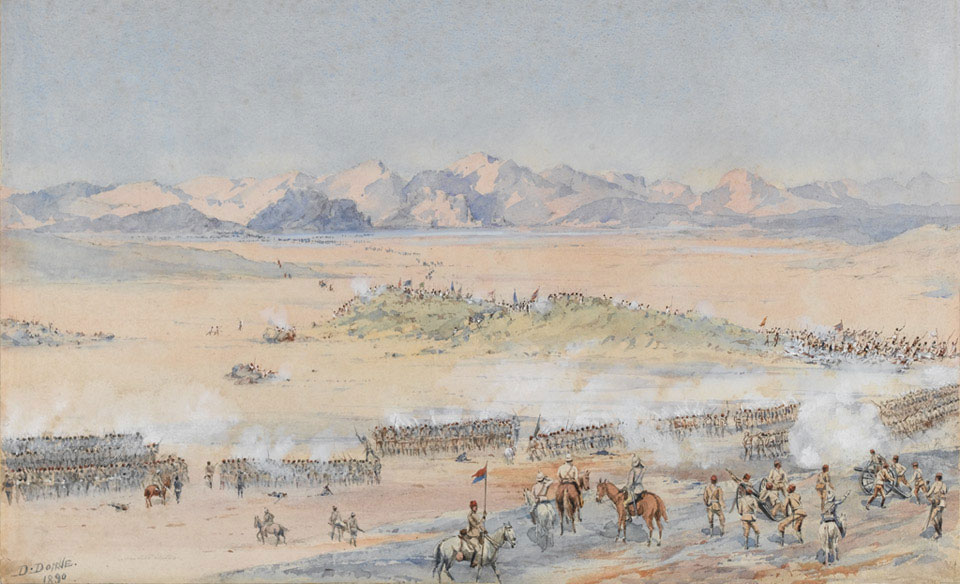 Major General Grenfel watching the advance of the 9th and 10th Sudanese Battalions of the Egyptian Army against the Dervishes at Toski, 1889

The battle took place on 3 August 1889 near the Sudan-Egypt border at Toski on the River Nile. It was fought between Anglo-Egyptian forces and the Mahdist Sudanese who were keen to export their Islamic rising into Egypt. The engagement ended in defeat for the latter. Major B D A Donne, commander of the 10th Sudanese, is visible on a white pony in the centre to the left of a standard. Apart from the officers commanding the Egyptian and Sudanese units, the only British troops participating in the battle were a squadron of the 20th Hussars.