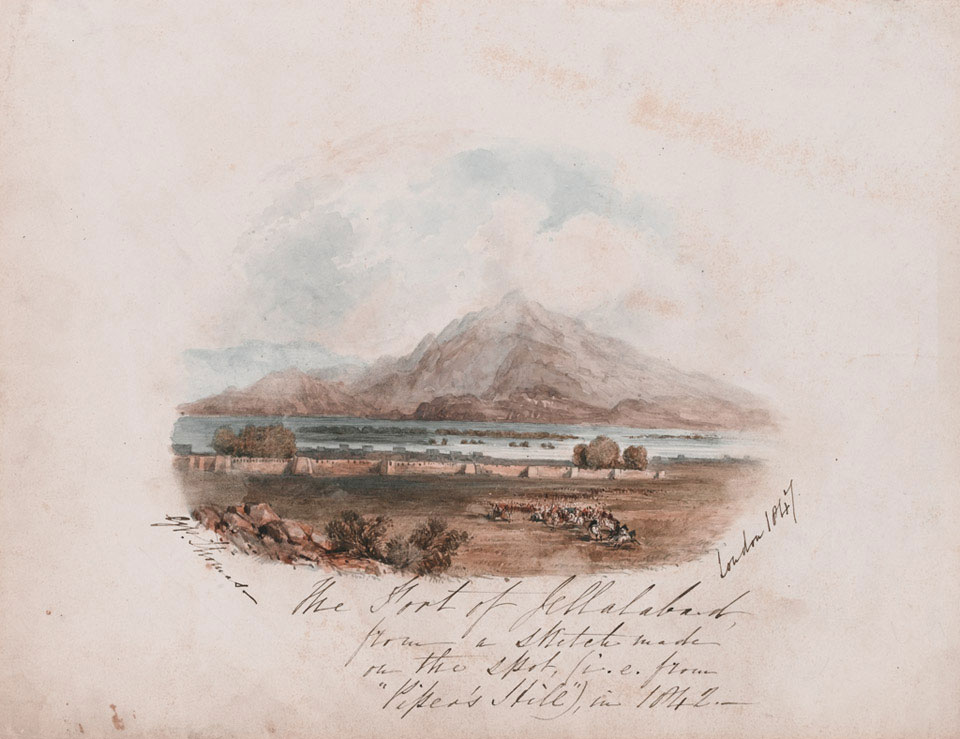 During the Siege of Jellalabad (1842), Piper's Hill was named after an Afghan piper who continued playing despite the best efforts of British sharpshooters to kill him. Captain George Powell Thomas served with the 64th Bengal Native Infantry. As part of Jellalabad's relief force, he could sketch the city from outside its walls.